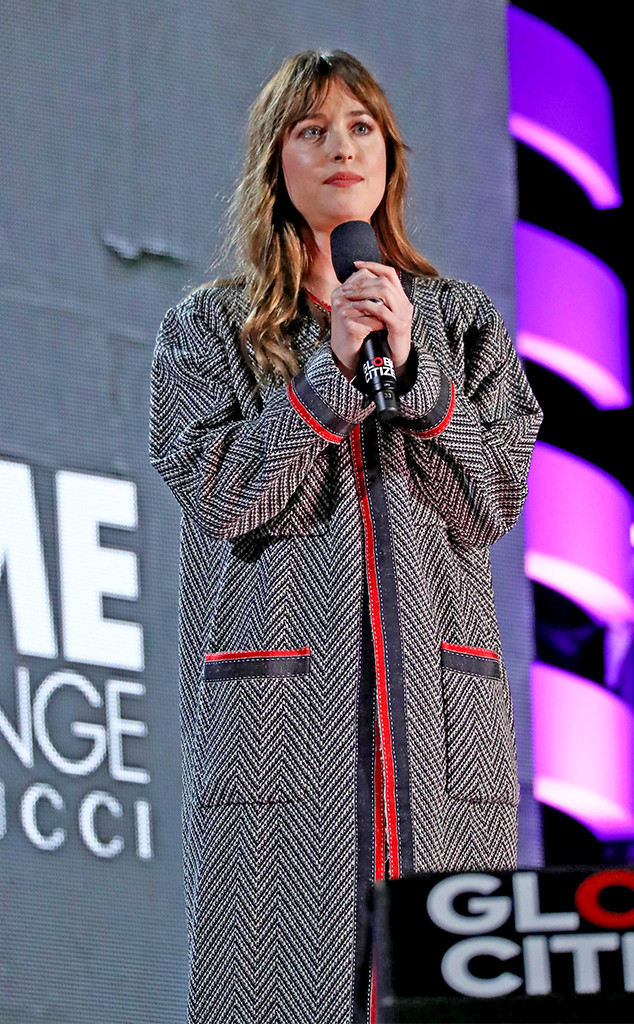 Dakota Johnson is about to have a very full voicemail box.

The Fifty Shades of Grey star stood onstage at the Global Citizen Festival in New York City and told the crowd that she wants them to call her and share their stories about sexual assault. “I want to help you—women and girls around the world—tell your story,” she said.

She took her iPhone out of her pocket and said, “This is my phone number. I want you to call me and tell me your story in a voicemail. Or I want you to send me a message at [email protected] and tell me what you’ve gone through as a women or girl in the world that’s been suffering.”

The actress announced to the crowd that she was going to “compile these stories and get them heard so I can amplify your voice. Together, we can achieve a world where she is equal.”

After calling the number, her message recording says, “This is Dakota Johnson please leave a voice mail after the tone and I will record and share your story so we can live in a world where she is equal. Thank you.”

Combatting sexual assault was a prevalent theme at the 2018 Global Citizen Festival. During her performance, Janelle Monáe spoke about Dr. Christine Blasey Ford, who testified on Thursday about an alleged assault by Supreme Court nominee Brett Kavanaugh. “I dedicate this to Dr. Ford, I dedicate this to Anita Hill, I dedicate this to anyone who is trying to make this place a better world,” Monae said onstage.

The “Make Me Feel” singer described a feeling many people wrote about from Thursday on: “This past week was a brutal, brutal week for a lot of us women. It was an especially hard week for survivors of sexual violence.”

While Global Citizen Festival had performances by top musicians such as Shawn Mendes, Janet Jackson and Cardi B, panic broke out briefly when a fence barrier collapsed. Johnson’s boyfriend, Coldplay singer Chris Martin, told concert goers that they were “all safe” and had nothing to worry about.

Wendy Williams’ Husband Blasts Accusations That He Was In A Sexually...

Check Out All the Times PCAs Finalist Cardi B Has Said...