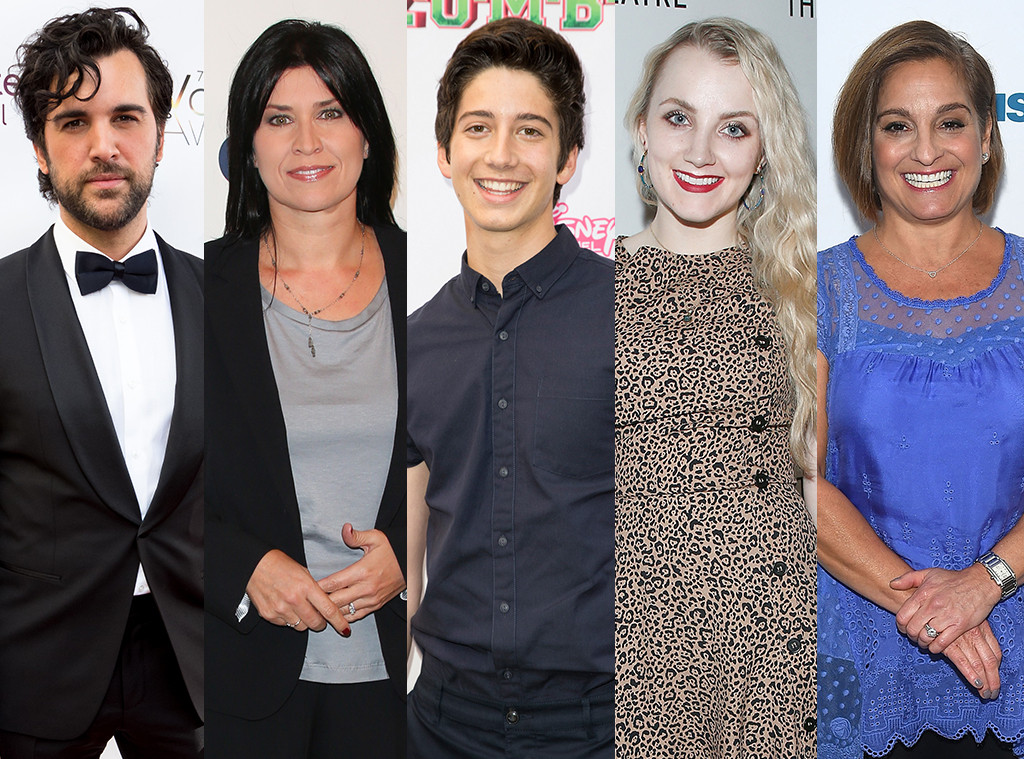 What do a Disney Channel star, an Olympic gold medalist, a singer, a reality contestant and sitcom actor have in common? They’re all part of the Dancing With the Stars season 27 cast.

The Facts of Life veteran Nancy McKeon and Disney star Milo Manheim were previously revealed on Good Morning America, and their competitors were revealed on the ABC morning show on Wednesday, Sept. 12 in typical grand fashion. The entertainers going after the Mirrorball Trophy and their pairs were on hand to discuss why they’re strapping on their dancing shoes.

Meet the cast below.

Ren is a model and internet celebrity with more than 12 million Instagram followers.

Viewers will recognized Lynch from the Harry Potter series of films where she played the fan-favorite character Luna Lovegood.

Glaser is a stand-up comic and host. She previously hosted Not Safe with Nikki Glaser and recently appeared on The Comedy Central Roast of Bruce Willis.

Viewers will recognized Schneider from his TV work, including roles on Smallville and The Haves and the Have Nots. He shot to fame with the Dukes of Hazzard.

Retton is a retired gymnast who took the gold medal at the 1984 Olympics in the All-around category.

Ware is a former pro-football player who played for the Broncos and Cowboys. He retired in 2017. Positions included defensive end and outside linebacker.

Bones is an author and radio personality, he hosts the syndicated program The Bobby Bones Show from Nashville.

Umstead is a paralympian and alpine skier.

Viewers first met “Grocery Store Joe” when he competed for Becca Kufrin‘s heart on The Bachelorette season 14. He went on to appear in season five of Bachelor in Paradise.

Tinashe is a singer and actress, with a number of studio albums under her belt. She’s appeared on remixes of popular Britney Spears and Nick Jonas songs and previously recurred on Two and a Half Men.

McKeon shot to fame on The Facts of Life as the bad girl Jo. She spent four seasons on the cop drama The Division and popped up in a variety of other TV shows and movies.

Viewers may recognize Manheim from his starring role in the Disney Channel original movie Z-O-M-B-I-E-S. The 17-year-old also appeared in an episode of The Ghost Whisperer.

“I’m going to say we don’t need magic because our dancing is magic,” Lynch said about her competition.

McKeon received a taped message from her The Facts of Life costars Mindy Cohn, Kim Fields and Lisa Whelchel while on the GMA stage. “They’re amazing. They’re my sisters for a long, long time. For them to do that, wow it’s awesome,” an emotional McKeon said.

Cheryl Burke is back in the ballroom after sitting out the all athletes season and new DWTS troupe member Brandon Armstrong will make his partner debut this year.

Dancing With the Stars premieres Monday, Sept. 24 at 8 p.m. on ABC.

Drew Barrymore and Will Kopelman Ace the Co-Parenting Test at Daughter’s...

How Rehab Led Demi Lovato to a Surprising Love Story