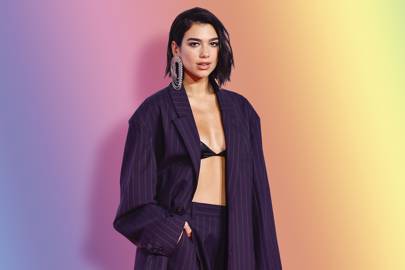 Dua Lipa has taken to Instagram to praise her fans “bravery” after some attendees at her Shanghai concert were ejected for waving LGBT flags.

Later Dua posted on Instagram with the following caption, “Last night I did it for my fans. A promised show. I stood by them, sang with them and danced with them. I will stand by you all for your love and beliefs and I am proud and grateful that you felt safe enough to show your pride at my show. What you did takes a lot of bravery.”

The twenty-three-year-old continued to say, “I always want my music to bring strength, hope and unity. I was horrified by what happened and I send love to all my fans involved. I would love to come back for my fans when the time is right and hopefully see a room full of rainbows. I love you Shanghai xx.”

Videos have also emerged on Twitter of fans being forcibly removed from the concert for the crime of simply standing up and dancing.

At Dua Lipa’s show in Shanghai, China fans were violently dragged out by security for standing up at their seats and waving rainbow flags.

It’s 2018,
This is not okay.
We all need to stand up now, refuse to accept this treatment and make a change. pic.twitter.com/ii4EnCfEwf

Homosexuality isn’t illegal in China but since President Xi Jinping came to power in November 2012, there has been increased cultural censorship, which has led to a rise in homophobia in China. Human Rights Watch interviewed 17 Chinese LGBT people who said they had been pressured into undergoing conversion therapy because of family and social pressures.

Dua, who has been very vocal in her support of the LGBT community since she smashed into the charts in 2016, has pledged to return to China, “when the time is right and hopefully see a room full of rainbows”.