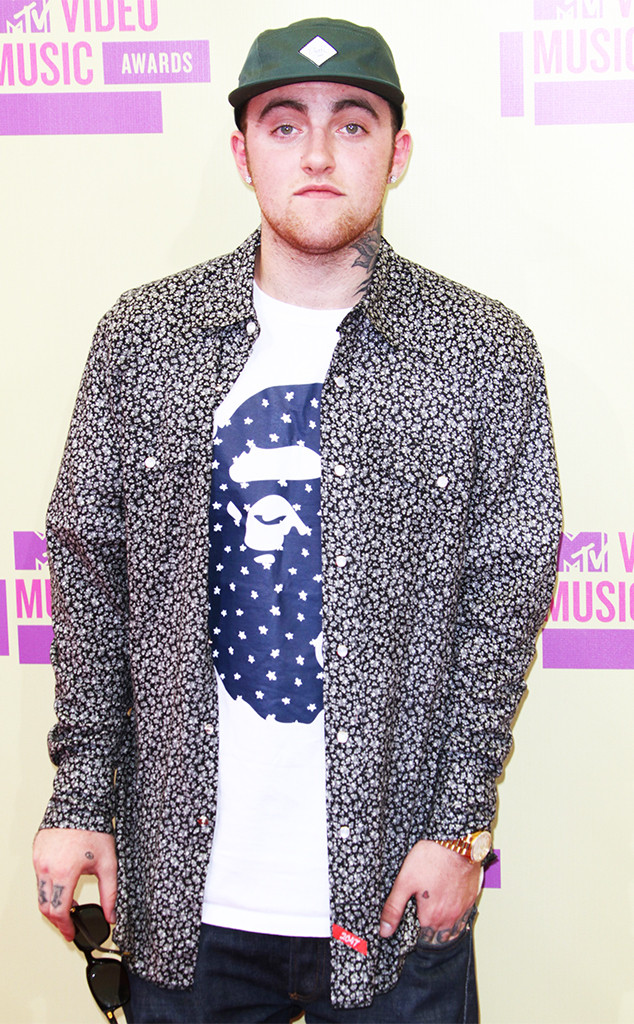 In Mac Miller‘s last will and testament, the artist names his parents as beneficiaries.

Legal documents filed in 2013 and obtained by E! News, state that the rapper left all his belongings to his mother, Karen Meyer, father, Mark McCormick and brother, Miller McCormick. It also lists his lawyer, David Byrnes, as the trustee who will remain in charge of his estate. However, if the lawyer is unable to maintain his duties, the responsibility will be passed to his brother, Miller.

It is unclear how much Miller’s estate is valued at since the field was marked, “unknown,” when it was filed in 2013.

In the week after the Swimming artist died, the performer’s body was transported to his hometown of Pittsburgh, Penn., although no funeral plans have been announced.

Those close to the star have since spoken out about his shocking death, including his ex-girlfriend, Ariana Grande. On Saturday, the pop star shared an intimate black and white photo of the rapper, who she dated for nearly two years.

Then, on the one-week anniversary of his death, the Dangerous Woman performer broke her silence to pay tribute to the late artist. She wrote: “i adored you from the day i met you when i was nineteen and i always will. i can’t believe you aren’t here anymore. i really can’t wrap my head around it. we talked about this. so many times. i’m so mad, i’m so sad i don’t know what to do. you were my dearest friend. for so long. above anything else. i’m so sorry i couldn’t fix or take your pain away. i really wanted to. the kindest, sweetest soul with demons he never deserved. i hope you’re okay now. rest.”

Her statement was coupled with a candid video of the two enjoying dinner together, in which Mac beamed at Ariana and called her his “baby.”

The two performers broke up earlier this year, but their relationship seemed to end on good terms with the singer even praising the rapper in a statement just days after. “Hi! This is one of my best friends in the whole world and favorite people on the planet Malcolm McCormick,” Grande wrote. “I respect and adore him endlessly and am grateful to have him in my life in any form, at all times regardless of how our relationship changes or what the universe holds for each of us!”

Soon after his death, one of his friends named, Shane Miller, spoke highly of Grande’s “unbelievably stabilizing force in his life.” He said on the podcast The Shane Show, “Ariana and him were together and they were very much in love, and I have to say, she was incredible when he was first sobering up. She was a f–king G to him. There could not have been anybody more supportive of him being sober than Ariana.”

Beyoncé and Kelly’s HBCU Dreams Were Deferred Due to Destiny’s Child...