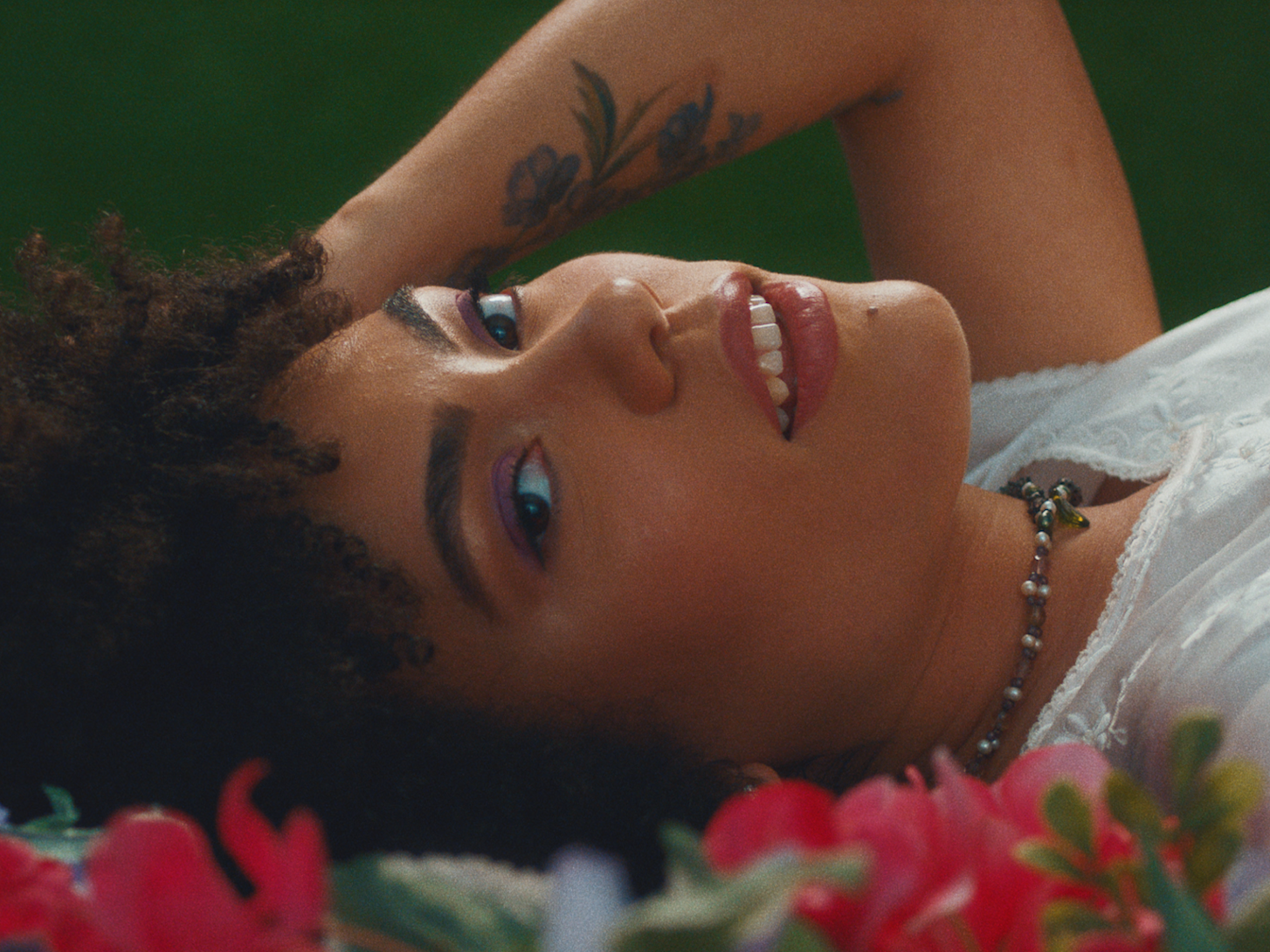 When we listen to a song for the first time, there are usually many layers that attract different ears. Some come for the production, other stay for the lyrics, while many welcome a combination of these factors. For Brooklyn-based singer/songwriter Madison McFerrin every lovable factor of her songs are all because of her, and only her.

On her latest single “Insane,” and the majority of her releases, McFerrin uses her layered vocals as the main instrument—something her father, Grammy Award winning singer and conductor, Bobby McFerrin has been admired for. Instead of singing over a rhythm that matches the sentiment of her lyrics, McFerrin sets the tone herself by building a live loop of her own harmonies and snaps. Using the full range of her vocals, McFerrin creates the exact melody that danced around her mind when she first caught the inspiration to write this song.

“The song stemmed from me being trapped home alone in a snowstorm, so daydreaming about my man was an easy outlet,” McFerrin explains about the making of “Insane.” Drawing inspiration from artists like Georgia O’Keefe and Alpha Channeling, McFerrin aimed to deliver a music video that highlighted the song’s theme without being overtly sexual. “Sex is beautiful, it’s sensual, and as a woman, it’s a totally normal thing to want and fantasize about, and it can all be done really tastefully.”

Watch her new video for “Insane” and get familiar with Madison McFerrin below.

Tell us a little about yourself, when did you start making music?

I grew up in a musical family, so I’ve been making music as long as I can remember.  Apparently my dad has a whole collection of recorded songs that I would make with him in his studio that go back to me being about 4 or 5.

How would you personally describe your own sound?

I’ve been calling it a cappella soul, but earlier today I was recording an interview with my dad for Questlove’s podcast and Ahmir (Quest) referred to it as “sensual soul-appella.”  I might steal that.

You have a charming DIY approach to your music where you layer your own vocals to create a complete record — do you prefer using your voice as the main instrument over other sorts of production?

At the moment I definitely prefer using my vocals, which is why I started doing the whole a cappella thing.  I hear harmony better in my head than trying to figure it out on a keyboard, so I figured I’d just stick to my biggest strength.  I do also enjoy hearing my voice over production though and am looking forward to incorporating that element in the future.

I tend to go chords, melody, lyrics in that order.  That’s pretty much the order in which I listen to/dissect music too, so it makes sense that I also compose that way.  I try and take inspiration when I have it and kind of go with the flow.  Sometimes that results in songs that take weeks/months to write, sometimes it results in a fully formed song in 20 minutes.  “Insane” took me about an hour and a half start to finish.

Did coming from a musical family help encourage your creativity or make you more hesitant to share your own music?

I wouldn’t say that it made me hesitant to share my music, but it did make me hesitant to ask for feedback.  Some people in the music world think of my dad as a living legend and therefore think I’ve got it all locked in or that I’m some kind of genius, so that pressure can hold me back sometimes.  But my family always encouraged my creativity, and I’m really grateful for that.

What do you want listeners to take from your music?

I want people to know that what I’m doing is coming from a real place.  Just using my voice can be intimidating, but I think it’s also really empowering.  I’m not hiding behind anything, I’m very much my father’s daughter in that regard.  Singing is probably my most honest state of being, and I think that reflects in my music.  The voice is used for so much, from singing to praising to protesting, it’s powerful.  You feel that with Aretha Franklin, with Erykah Badu; they’re two of my biggest influences and you can’t deny the effect their voice has had on society. I truly think music is the most powerful energy out there, and my goal is to use that energy to spread joy.  We need some more of that in the world today.

Top Song of the Week: Thom Yorke and Flea Fight Through...