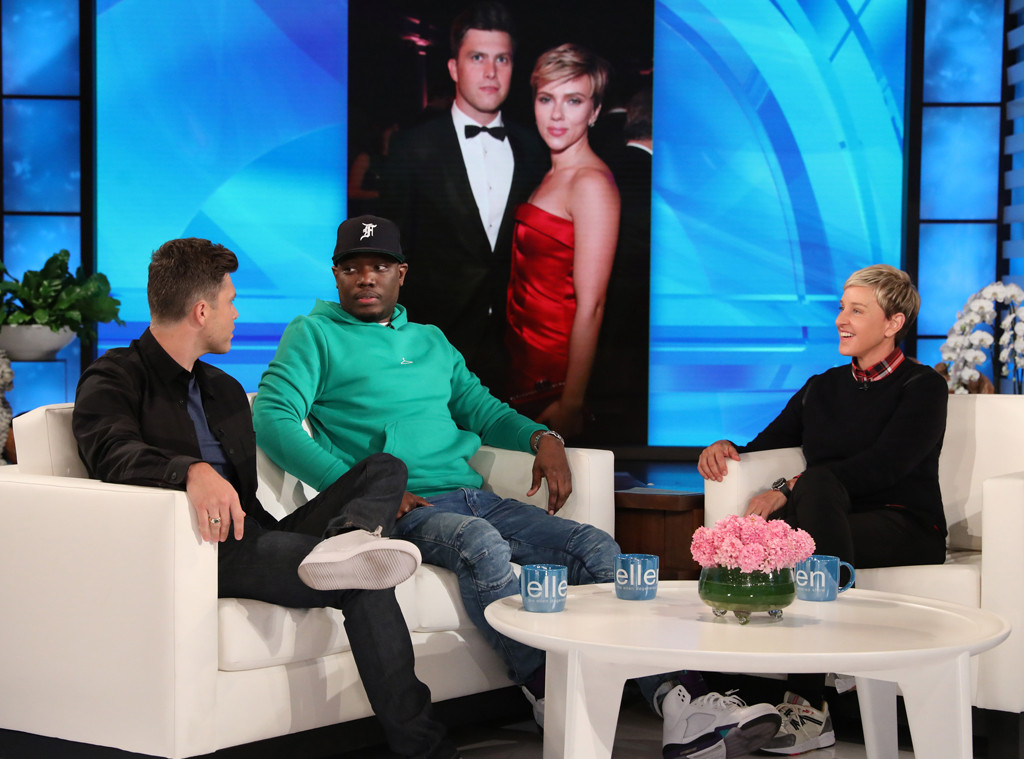 Colin Jost has “changed a lot” since he began dating Scarlett Johansson, according to Michael Che.

The Saturday Night Live stars are set to host the 2018 Emmys in just a few days, but before they take the stage, they’re sitting down with Ellen DeGeneres to dish on their personal and professional lives. Jost and Che are close pals, but it sounds as though things have changed a bit since Jost and Johansson’s romance began in 2017.

“Has that affected your friendship? Are you like the third wheel on dates and stuff?” DeGeneres asked Che on Friday’s episode of The Ellen DeGeneres Show.

“He’s changed a lot since, I feel like, you’ve changed, you don’t invite me places,” Che told Jost. “And when you do, you ditch me.”

Jost then countered that Che has “never invited” him anywhere.

“Well, yeah, because if you’re with like Scarlett Johansson I don’t want to tell you to come to this dive bar with me and watch a Yankees game,” Che explained. “I feel like maybe you have better things to do.”

Rumors of Jost and Johannsson’s relationship first surfaced in the spring of 2017, but they didn’t make their official debut as a couple until that December.

Just months ago, the couple celebrated Jost’s 36th birthday with an “intimate” dinner. As a prank, Che decided to send a clown to his “Weekend Update” co-anchor’s dinner.

He received a text from Jost showing him wearing a balloon hat next to a smiling Johansson. “Goddamit,” Jost wrote along with the photo.

Watch the videos about to see Jost and Che talk to DeGeneres about relationships, SNL and the 2018 Emmys!

Cicely Tyson Gets An Honorary Oscar

Why Nipsey Hussle’s Sister Is Filing For Legal Guardianship Of His...