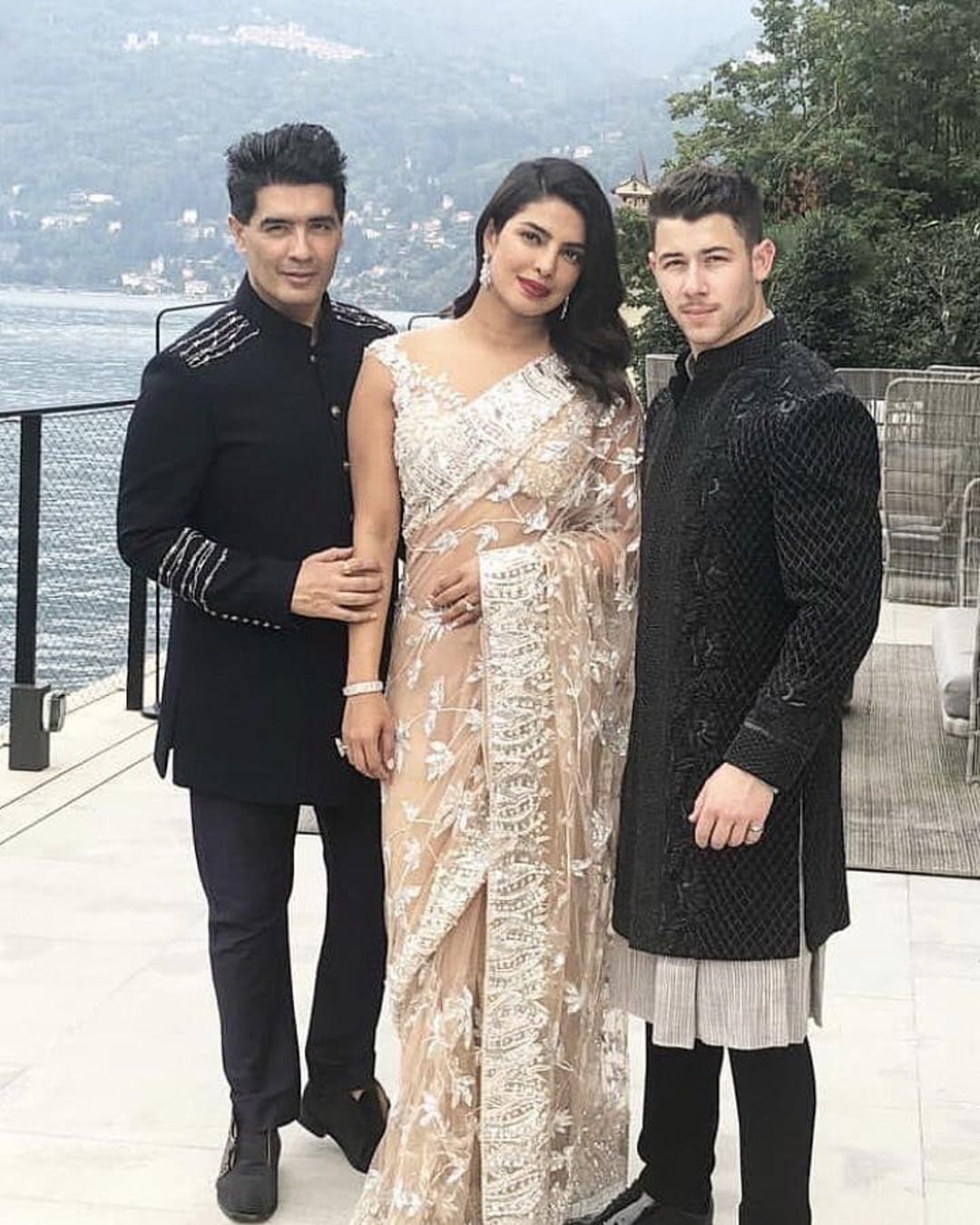 Nick Jonas and Priyanka Chopra have checked another country off their list.

After a fun-filled time celebrating Nick’s birthday on a ranch in Oklahoma, the newly engaged couple jetted off across the globe for a romantic trip to Italy this week. The pair are currently in Northern Italy at Lake Como, where they are attending an engagement ceremony for Indian stars Isha Ambani and Anand Piramal.

With the lakeside as their backdrop, the stars posed with the designer of their ensembles, Manish Malhotra. The designer gushed over the stylish couple on his Instagram, before promptly removing the photos. In a screenshot of Priyanka, Malhotra said, “I love her smile.” While Nick struck a pose in a black jacket and pant.

This isn’t the first time the duo attended an engagement party for one of Priyanka’s friends. Earlier this year, the couple attended a ceremony for Isha and twin brother Akash Ambani‘s engagement. Their appearance at the event in Mumbai also gave Nick the opportunity to meet Priyanka’s family.

Since then, the couple has held their own engagement ceremony, which was attended by Priyanka’s family and friends, as well as Nick’s parents. The Roka ceremony was held in Mumbai in August and saw the celebs in complimentary Abu Jani Sandeep Khosla Couture.

After the festivities in Mumbai drew to a close, the two jetsetters have been busy criss-crossing the globe for various events, like the U.S. Open of Tennis and New York Fashion Week. Most recently, the lovers and their friends enjoyed a trip to Oklahoma, where they celebrated Nick’s birthday in camo, except for Joe Jonas, who opted to a bright orange shirt.

Priyanka seemingly enjoyed the “cowboy life,” as she documented most of their antics on her Instagram.