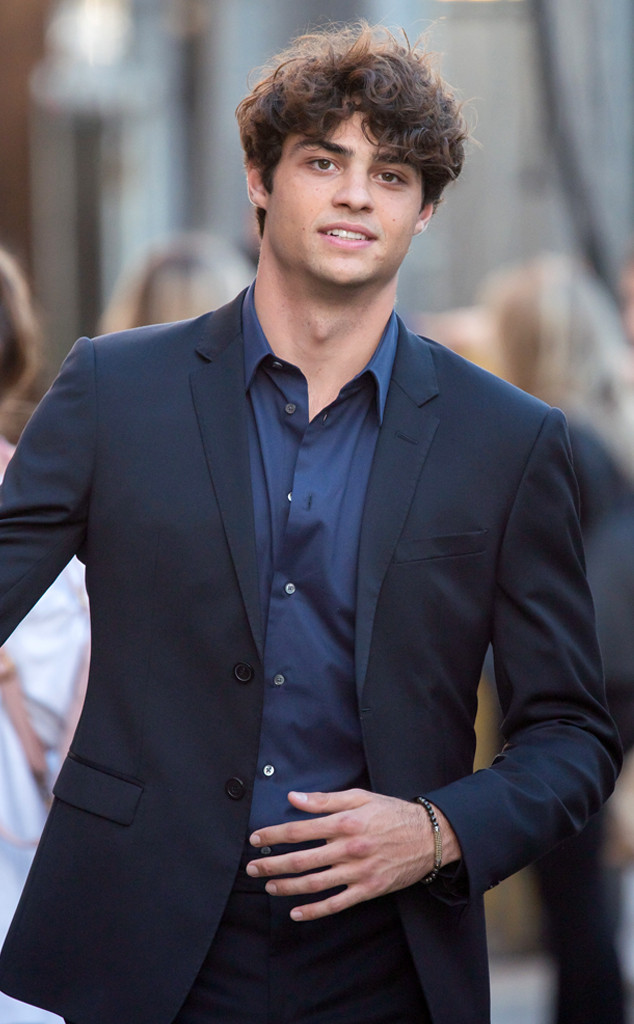 Netflix heartthrob Noah Centineo kindly requests that you stop following him from the airport.

In Friday’s episode of Jimmy Kimmel Live!, Centineo told Jimmy Kimmel about how much his life (and Instagram follower count) has changed since his double whammy release of two Netflix rom-coms within a span of a few weeks. The To All the Boys I’ve Loved Before star remained humble about his extremely rapid rise to fame as America’s newest sweetheart. “I guess people just like Netflix. And they like rom-coms, and I was fortunate enough to book two random ones that got sold to Netflix,” he told Kimmel. The second one was Sierra Burgess Is a Loser.

Centineo said, “yeah,” he is enjoying the exponential growth, but he tends to get chased by overzealous fans when he goes places. One incident in particular stood out to The Fosters actor—and not in a good way.

“I went to New York for work and I was at baggage claim and I had my headphones on and I was waiting for my bag to come out,” he began. “I feel a presence approach me and without even knowing, I had to side step and take my headphones off and there’s, like, four people looking at me,” he explained. “I was like, ‘Hi,’ and they were like, ‘Hey! Hi! How was your flight?’ I said, ‘It was good. How was yours?’ And they were like, ‘No, no, we didn’t fly. We were here for you.'”

According to Centineo, these four fans “somehow knew I was flying into JFK at that time and they parked in the same place where the driver parks.”

He continued, “They walked us to the car, and then they followed the car to the city.”

The car ended up shadowing the Sierra Burgess star, and once he noticed, Centineo got the driver to lose their tail. “It was actually kind of scary,” he revealed to Kimmel. “It was the first time you look at something and you think, ‘Oh wow, my life is changing.'”

“Let’s ask fans not to come meet you at the airport,” Kimmel joked. “You already have a driver and don’t need help with the luggage. It would be better if we just stuck to movie premieres.”

Somehow, the story did not end with Centineo and his driver getting rid of the fans after a series of multiple turns. He said there was a “beautiful full circle to this story” because, of course, it happened again.

“I went back a second time to the same airport,” Centineo explained in his story. “And they were there again. The same people, except they added another person.”

In early September, Centineo sat down with E! News and divulged some of his own texting strategies. From the looks of it, you’ll know when he’s into you. He also has bygone method of communicating with people: the voicemail. “I like voicemails!” he said in a video.

Plus, the Internet’s favorite boyfriend is all about expressing his feelings and talking about them, just like his To All the Boys character Peter Kavinsky. He told Vulture in August, “If we learn how to love again after having your heart broken, it’s one of the greatest lessons on earth.”

Watch Centineo’s interview with Kimmel above.

Dancing With the Stars’ Jenna Johnson and Val Chmerkovskiy Are Married