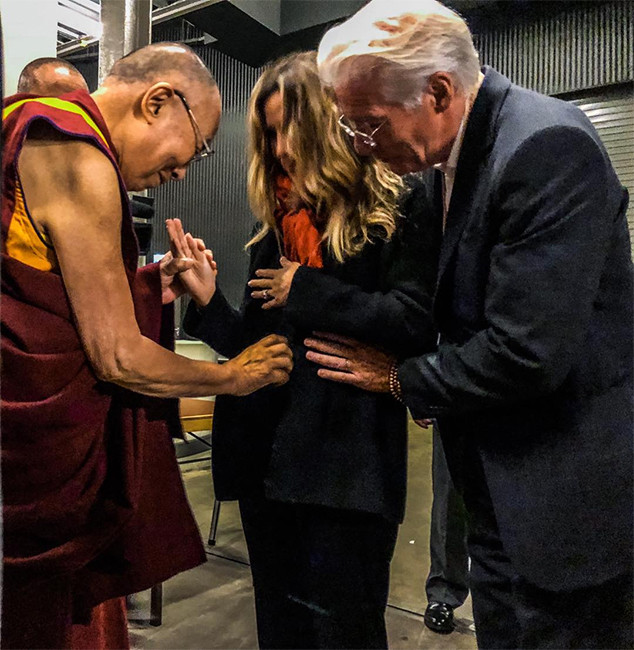 Richard Gere and wife Alejandra Gere are indeed expecting their first child together and received a special blessing on their upcoming arrival from the Dalai Lama.

The 69-year-old Pretty Woman actor and 35-year-old Spanish publicist and activist, née Alejandra Silva, married in April. In August, there were multiple reports that she was pregnant.

Alejandra posted on her Instagram page on Sunday a photo of her and Richard meeting the Dalai Lama, who is putting his hand over her baby bump while holding her other hand. The two met him in the city of Rotterdam in The Netherlands.

Drew Barrymore and Justin Long ''Spending Time Together'' 8 Years After...

NeNe Leakes Questions The Loyalty Of Her ‘RHOA’ Cast Mates After...

Here’s The Heartbreaking Letter NeNe Leakes’ Husband Wrote Her Before His...