Sarah Hyland is proud of being part of a “hipster” couple with Wells Adams, her boyfriend of one year.

Last Sunday, the 27-year-old Modern Family actress and 34-year-old Bachelorette alum celebrated the first anniversary of their first kiss. Also that weekend, the two had a couple of star-studded date nights at multiple 2018 Emmys parties before the award show. Hyland, however, considers the anniversary to be on the day they made things “official.” She told E! News, “We’re not really sure what the official rules are.”

Hyland chatted with E! News on Friday at the 2018 iHeartRadio Music Festival in Las Vegas, which she attended with Adams and told us all about his “touching and sentimental” gift to her.

“I take a lot of Polaroids all the time,” she said. “He took all the Polaroids I take and put them in his typewriter and wrote things on them. Then he bought a leather-bound journal that you can put pictures in…He’s amazing.”

Hyland joked that she and Adams were “such a hipster f–king couple” thanks to their Polaroids and leather-bound books. 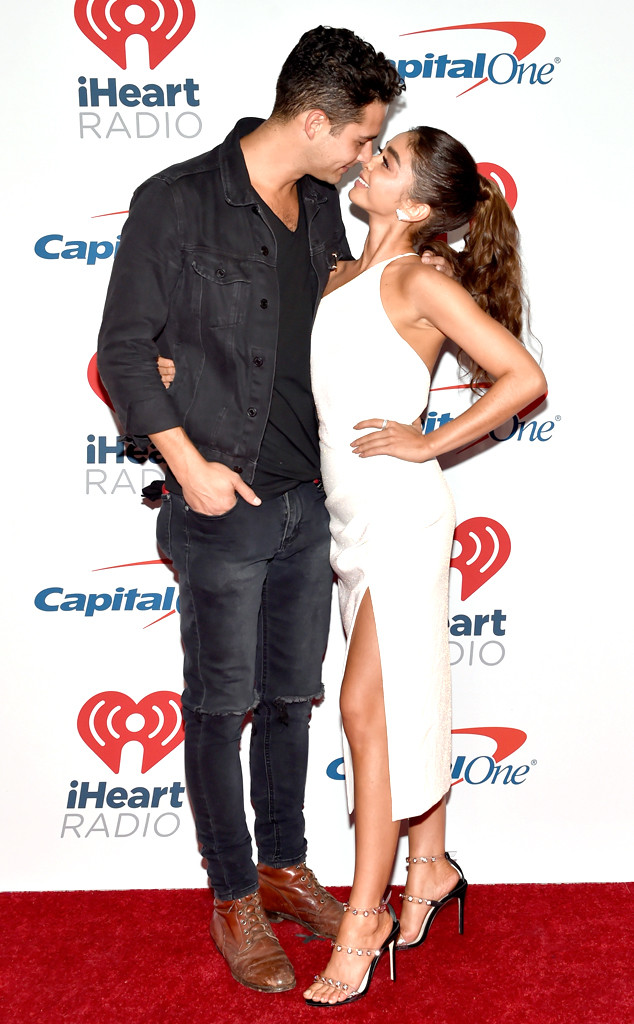 Hyland also dished (and stayed mum) about some upcoming Modern Family news. The sitcom plans on killing off one of the “significant characters” this season, but who it is remains a mystery. She remained tight-lipped when asked about which beloved person it would be. All she said was, “People will be sad. It’s a death.”

At the iHeartRadio Music Festival, Hyland and Adams walked the red carpet together. She later appeared onstage to introduce Jack White. Adams filmed them from a distance and posted the video on his Instagram Stories.

“There’s sexy and then there’s your girlfriend introducing Jack White in a killer white dress sexy,” he wrote.

On Saturday, both Hyland and Adams shared videos on their Instagram stories of them wandering around the music festival wearing matching visors and enjoying a performance by Justin Timberlake.

Not So Fast: Tommie Lee Arrested For A Second Time Hours...