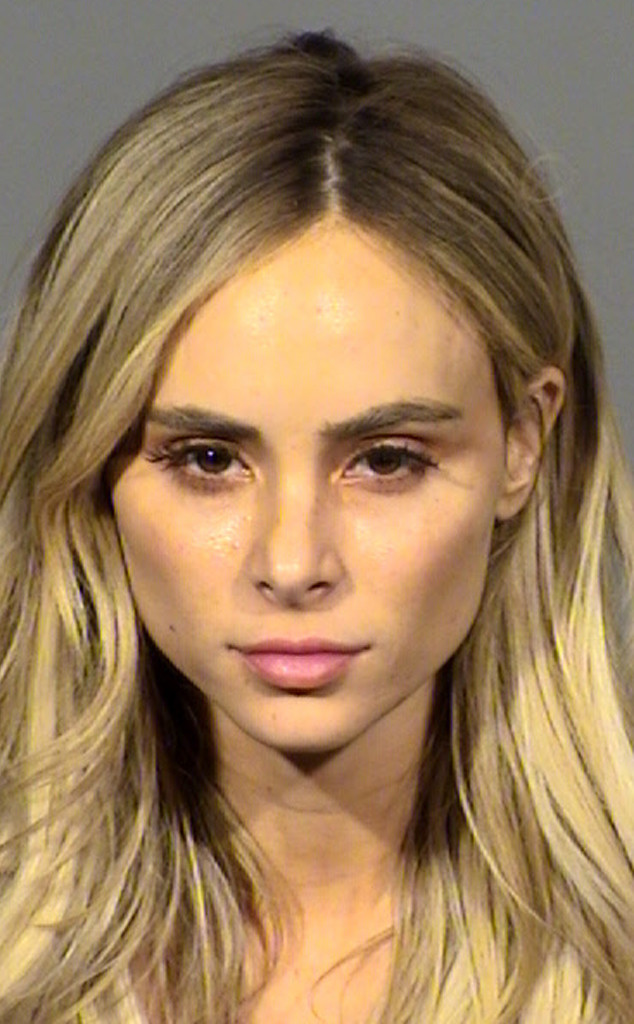 Amanda Stanton is “embarrassed” by her recent arrest.

The former Bachelor contestant’s rep Steve Honig, told E! News in a statement, “Amanda is embarrassed and ashamed this happened and sincerely apologizes to hotel security and the Las Vegas Police Department. Amanda is a gentle, respectful person who has never gotten physical with anyone under any circumstance.”

He explained, “That evening she had a few drinks at a bachelorette party and when hotel security asked her and Bobby to quiet down, she got a bit rambunctious. Amanda gave Bobby what she thought was a playful shove; hotel security did their job and reported the incident to the police, who in turn did their job.”

Even though her boyfriend, Bobby Jacobs, assured the police it “was not an ill-intended shove, the police still had to do their job which Amanda completely respects and understands.”

Reports of the mother-of-two’s arrest for domestic violence first emerged on Tuesday afternoon, when the former Bachelor in Paradise was aboard a JetSuiteX plane on her way home, according to her Instagram Story.

The couple was returning from their trip to Las Vegas, where she and Lauren Bushnell were celebrating at a friend’s bachelorette party at the Encore Beach Club inside the Wynn.

Stanton first rose to fame when she was one of the many women vying for the love of Ben Higgins on season 20 of The Bachelor. She subsequently appeared on Bachelor in Paradise for two seasons, where she briefly dated Robby Hayes and Josh Murray.

Since then, Amanda has started dating Bobby and things have been going well between the two, as evident in her Instagram photos of Jacobs and her two daughters.

When news of their relationship first broke, a source told E! News, “They have been dating for two months now. Amanda doesn’t know where it’s going to go yet because they’re still getting to know each other, but so far so good!”

So Sad: The Braxton Family Suffers A Tragic Loss Days Before...