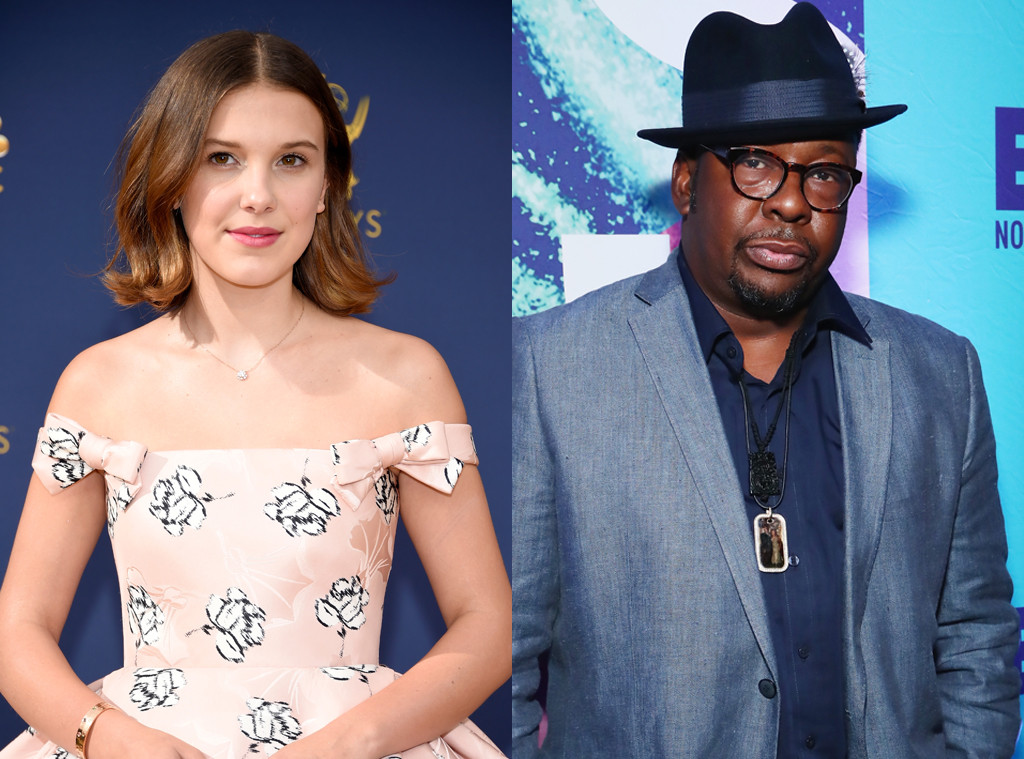 The Stranger Things star spoke to the recording artist over the phone during Monday night’s 2018 Emmy Awards.

According to an insider, Tracy Morgan introduced the stars while taking a break in the Lindt Chocolate Lounge inside of the Microsoft Theater. The Outstanding Supporting Actress in a Drama Series nominee smiled as she spoke to the former spouse of the late Whitney Houston on speakerphone. While the insider didn’t share the details of their discussion, it’s possible that the duo joked about sharing their names.

However, this wasn’t the only lighthearted moment Morgan shared with the 14-year-old star. Morgan also made a joke about the actress while presenting the award for Outstanding Supporting Actress in a Comedy Series with Jimmy Kimmel.

Sara Bareilles, Penélope Cruz, Judith Light, Adina Porter, Meredith Wever and Letita Wright were all up for the prestigious award. While the late-night host said each actress was “very deserving” of the honor, Morgan joked he was “only rooting for the black people.”

Kimmel then told Morgan the young actress was neither black nor a contender in the category.

“Well, then she’s uninvited to the cookout,” Morgan quipped back.

The duo then pronounced Wever the winner.

Happy Birthday, North West! Look Back at 6 Years of Adorable...

Kardashians Bow Down to Their Grandma Queen MJ on Her 85th...