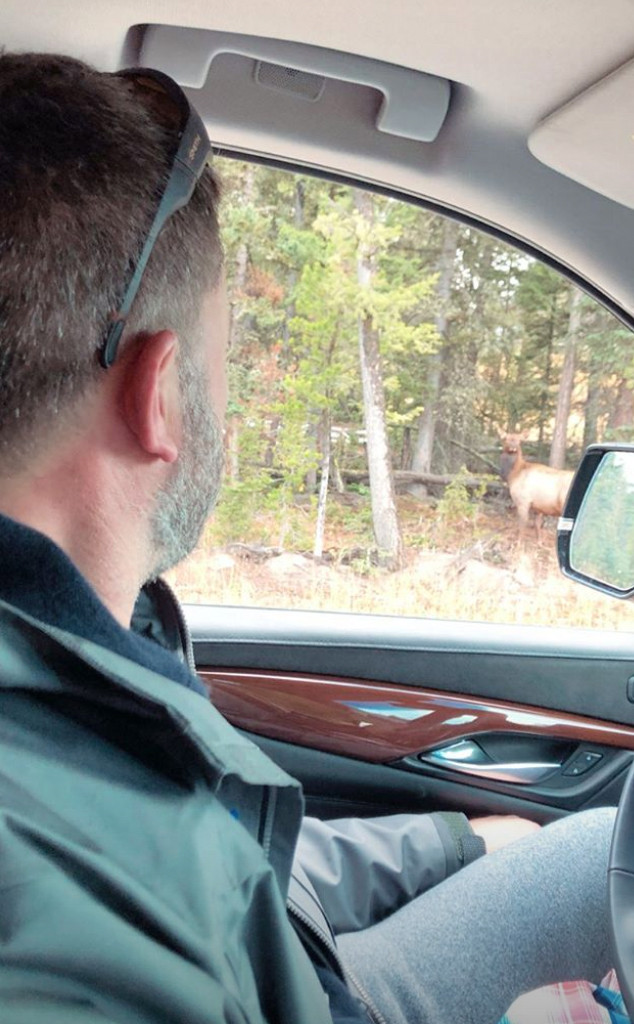 Just a few days after completing his 40-day stay in rehab, Ben Affleck headed to Big Sky, Mont. for a romantic getaway with Shauna Sexton.

The Playboy model shared a few pictures from the trip via Instagram on Sunday. The scenic shots showed her fishing, enjoying the mountain views and coming in contact with a few four-legged friends. While Affleck was absent from most of these photos, Sexton did share one picture of the Batman star looking out of his car window.

The duo sparked romance rumors in August after they were spotted enjoying a dinner date at the restaurant Nobu in Malibu, Calif. They continued to raise speculation after they were photographed grabbing a bite to eat at a Jack In the Box in Santa Monica, Calif. just a few days later. In fact, Sexton even visited Affleck during his latest rehab stay.

Affleck entered the treatment facility in August after his ex, Jennifer Garner, staged an intervention at his Pacific Palisades home. The Argo star broke his silence on his third trip to rehab on Thursday.

“Battling any addiction is a lifelong and difficult struggle,” he wrote in a note posted to Instagram. “Because of that, one is never really in or out of treatment. It is a full-time commitment. I am fighting for myself and my family. So many people have reached out on social media and spoken about their own journeys with addiction. To those people, I want to say thank you. Your strength is inspiring and is supporting me in ways I didn’t think was possible. It helps to know I am not alone. As I’ve had to remind myself, if you have a problem, getting help is a sign of courage, not weakness or failure.”

Before he was hanging out with Sexton, Affleck dated Saturday Night Live producer Lindsay Shookus for about a year. News of their split broke around the time Affleck was spotted with Sexton.

Affleck was also previously married to Garner. The two tied the knot in 2005 and announced they were calling it quits in 2015. They share three children together.

The two officially filed for divorce in April 2017 and they reached a settlement in August 2018. Earlier this month, E! News reported that a Los Angeles court had approved a request from Garner to have a retired judge, who is still a member of the State Bar, to be appointed as temporary judge and oversee the divorce case. This is expected to accelerate the process.

Every Time Rihanna’s Style Stole the Show at Fashion Week