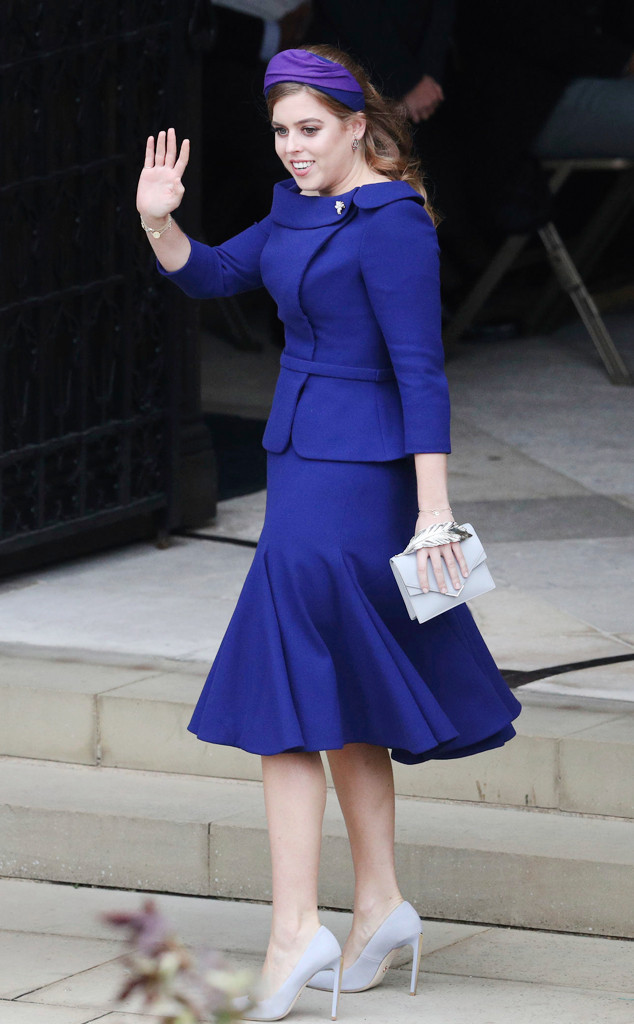 Princess Beatricewore the perfect outfit to her sister’s wedding.

In honor of Princess Eugenie and Jack Brooksbank‘s ceremony, she appeared at St. George’s Chapel in a blue jacket and matching skirt from Ralph & Russo—another look in a vibrant color from the royal family (See: her mother Fergie’s aquamarine outfit). She paired her skirt suit with a purple headdress from Sarah Cant, lilac pumps and a lilac clutch.

Overall, her look is not far from previous looks she’s worn to royal engagements, such as the Queen’s birthday and other royal weddings. It has a bold hue, setting her apart. Yet, the design has a classic silhouette with balances its vibrant features.

While the older sister has her own style, her style frequently complements her sister’s. During their younger days, they would appear wearing the same outfits—thanks to their parents Fergie and Prince Andrew. However, as they got older, their styles evolved. Like the new bride, she’s never afraid to make a statement with her looks (while also staying within the confines of royal style tradition).

As for designers, the princess has worn Ralph & Russo before. However, she is also fan of looks from the likes of Jonathan Simkai, Claire Mischevani, Roksanda Viola and Burberry, switching it up between statement-making outfits and classic looks.

Kate Middleton Is All Smiles as She and Prince William Accompany...

See Kim & Kourtney Kardashian Get in a Major Fight Over...

Swedish Prosecutors Deny That The White House Reached Out Regarding A$AP...