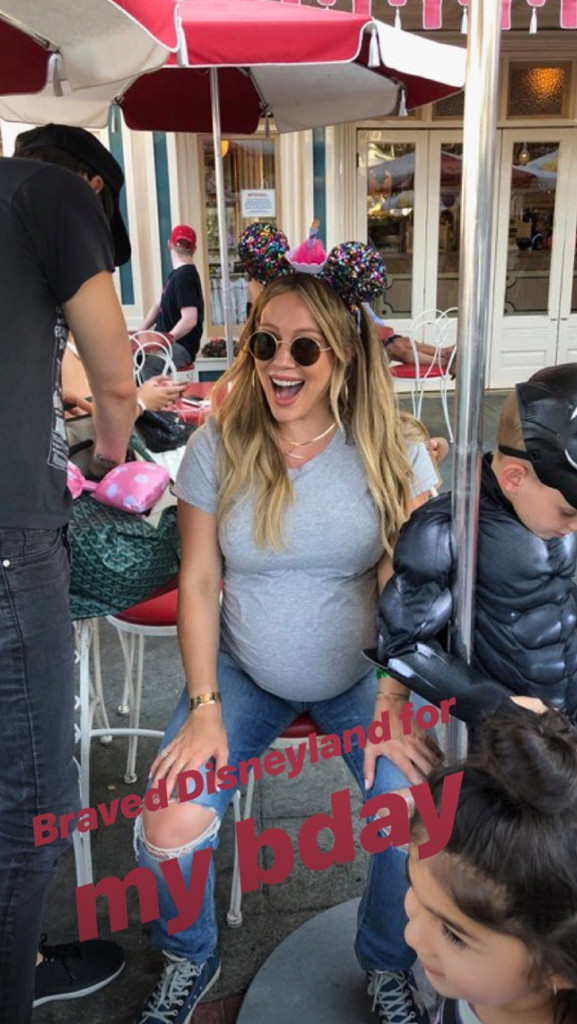 Hilary Duff spent her birthday at the Happiest Place on Earth this weekend.

The Younger star turned 31 on Friday and she rang in the special day at Disneyland with her boyfriend Matthew Koma, her son Luca Comrie and some other friends. Hilary posted photos on her Instagram story that showed her hanging out (presumably) on Main Street wearing round sunglasses, a grey shirt, ripped jeans and high top sneakers. “Braved Disneyland for my bday,” she captioned her picture on her story.

In one picture, the actress had on black sparkly Minnie Mouse ears, but in another one, she rocked larger pink ones with white polka dots. While she and Matthew were sitting on a ride, she described their outfit choices: “Wore lots of ears.”

Hilary is due to give birth to her baby girl (her “little princess“) any day now. 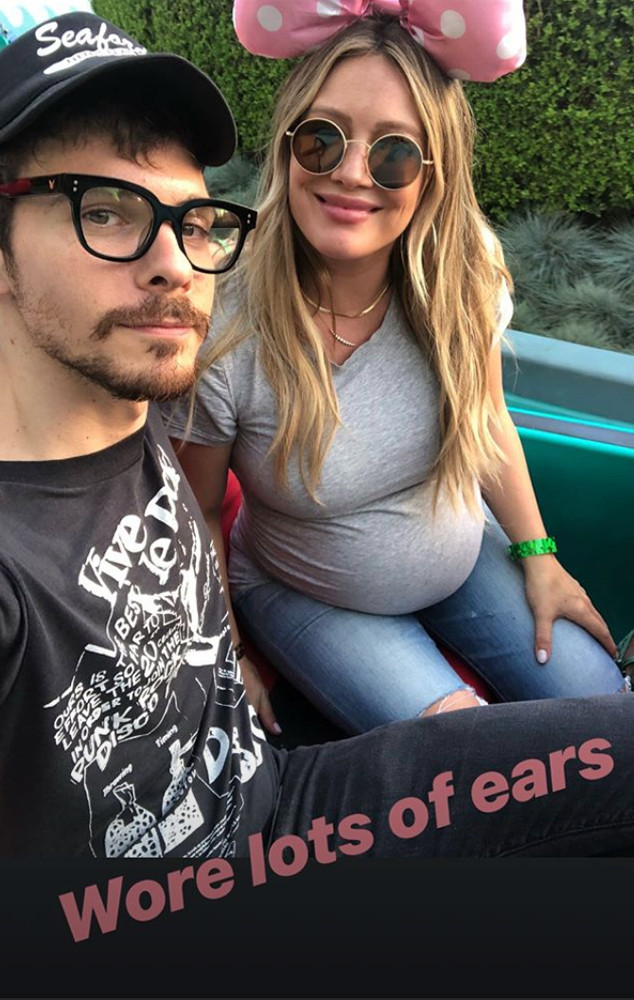 Hilary and Matthew announced in June that they were expecting a baby girl, and since then, the Lizzie McGuire star has been vocal about the ups and downs of her second pregnancy.

In August, Hilary took a picture of her baby bump and told her little one to “hurry it on up.” At her baby’s sex reveal party, Hilary “basically jumped 3 feet off the ground” when pink confetti came flying out of the confetti cannon.

In July, the Metamorphosis singer opened up about the less glamorous side of having a baby. In another baby bump selfie, Hilary wrote about “looking at this weird body in the mirror that is not my own at the moment.”

She added, “The boobs are big the belly is big the body is big. Man.. pregnancy is hard. Giving love to all mamas who make it look effortless… this journey is hard as hell and also incredibly special…Women are so bad ass, this was just a note to remind myself and remind others how’s strong and beautiful you are! WE GOT THIS!”

On Sunday, Hilary shared a video of Luca staring at a timer. “Waiting for his play date,” she wrote.

She and Matthew have been together for about over a year, but she and her beau are not tying the knot anytime soon. Rumors began to swirl about a potential engagement because she was spotted wearing a gold ring on that finger, but sources told E! News Hilary is in “no rush” to marry her singer boyfriend.

“They already feel married and don’t feel they need a signed document to seal the deal,” the insider explained to E! News. “They eventually do want to get married and have a ceremony but for now, are focused on their baby girl coming.”