It’s no coincidence that Michael B. Jordan stars in two of the buzziest films of the year.

Now, the 31-year-old actor is gracing the cover of Vanity Fair for the second time in 2018, after having joined Harrison Ford, Gal Gadot, Tom Hanks, Oprah Winfrey and other power players in February for the cover of the magazine’s annual Hollywood Issue. But this time, the actor appears solo, a sure sign that he’s “made it.” Ask Jordan, though, and he’ll be the first to say he has a long way to go. Citing Will Smith and Denzel Washington, he says, “They broke down those barriers for us. Now it’s time for us to take what they did and take it to the next level.”

And Jordan is doing just that. Two years ago, he inked a deal with Skydance Media to form his own production shingle, Outlier Productions. Now, he’s using his star power to give other artists—especially black artists—a chance to tell their stories. “I’m first and foremost a black man, for sure, but what I’m trying to do, and what I’m trying to represent and build, is universal. We live in the times where everything is based around race. And for me, it’s like, I get it. I understand. It just makes everything so loaded,” he says. “When the way to do it is to Trojan-horse it, so then people look up, and say, ‘Oh wow, what happened? I didn’t even realize that.'”

Jordan earned a reported $2 million for his role as Erik Killmonger in Black Panther, and he also receives residuals on the back end. Admittedly, the actor was a “rookie” when he signed up for that movie—but “moving forward, it’s a totally different story. This is the defining moment in a lot of different areas for me that’s gonna set up my next five to ten. That’s why I’m so locked in right now, because if it was ever a time to get distracted or, like, drop the ball, this is not it.” 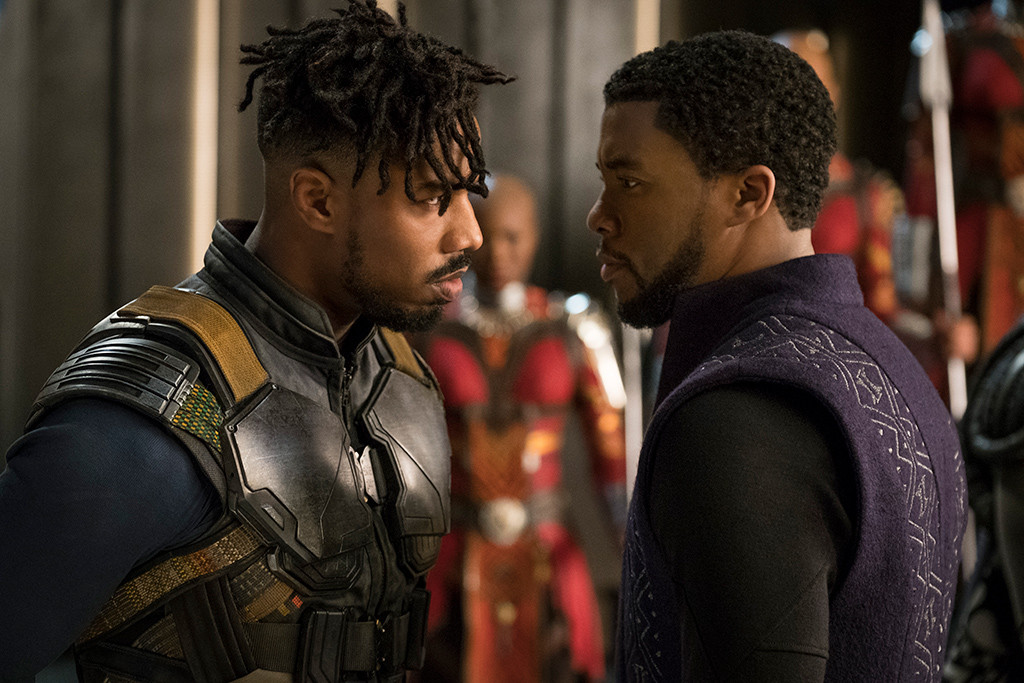 In addition to regularly discussing tricks of the trade with Jay-Z, Jordan says he tried to model his business after LeBron James‘ media company. “Whenever I see him, it’s love, always trying to represent our generation, represent our culture, like, ‘Why not us?’ Things don’t have to be the way they’ve always been done,” the actor explains. “I just happen to do more than just act.”

Much of Jordan’s success is attributed to Phillip Sun, his 36-year-old agent from WME. “You need your franchise, because in order for him to achieve all the things that he had the ambition to do, we had to make him a star, a bond-fide star,” Sun says of his client, now an award season contender for his role in Black Panther. As Jordan’s profile continues to rise, “Our next step will be an umbrella company to finance all of the things we want to do, and then ultimately the long-term plan is for that umbrella company to own whatever content that he creates,” Sun reveals. “That is a step for Michael and the team to becoming the mogul status he wants to be.”

After his breakthrough role on The Wire, the teen actor signed a four-year contract on the ABC soap opera All My Children. At 19, he moved to Hollywood to try to break into film, only to be dismayed by the ways in which Hollywood operated. “I remember when I first came to L.A., and me and my mom, we went to all these agencies trying to get representation and they passed one me—WME passed on me, CAA passed on me, Gersh, all these guys f–king passed on me,” Jordan says. But, in hindsight, he says being rejected gave him a “healthy chip” on his shoulder.

Around that time, Jordan bumped into The Wire‘s Andre Royo at a pool party in L.A., where he got a major reality check. “He was stressed out. He was like, ‘Yo, I’m not working enough. S–t is crazy. I think I’m going to go back to New York.’ And he was really one some ‘boo-hoo- s–t,'” Royo tells Vanity Fair. “And I was like, ‘Yo, dog, are you kidding me right now? You in your early 20s and you’re around motherf–kers trying to feed families who ain’t working. Snap out of it.'”

Jordan eventually found work—and worked steadily—but it was his role in Fruitvale Station that put him on the map. Afterward, rather than repeat himself, he sought out roles written for white men. “Michael didn’t want to be defined by, ‘Let’s send Michael all the race-related projects,’ which is how the industry reacts to [something like that],” Sun says. “We understand that Michael will get the African-American roles. I’ll find them, the industry will find me, we’ll just be presented those. It’s about seeing ourselves as a color-blind talent, which he should be.” 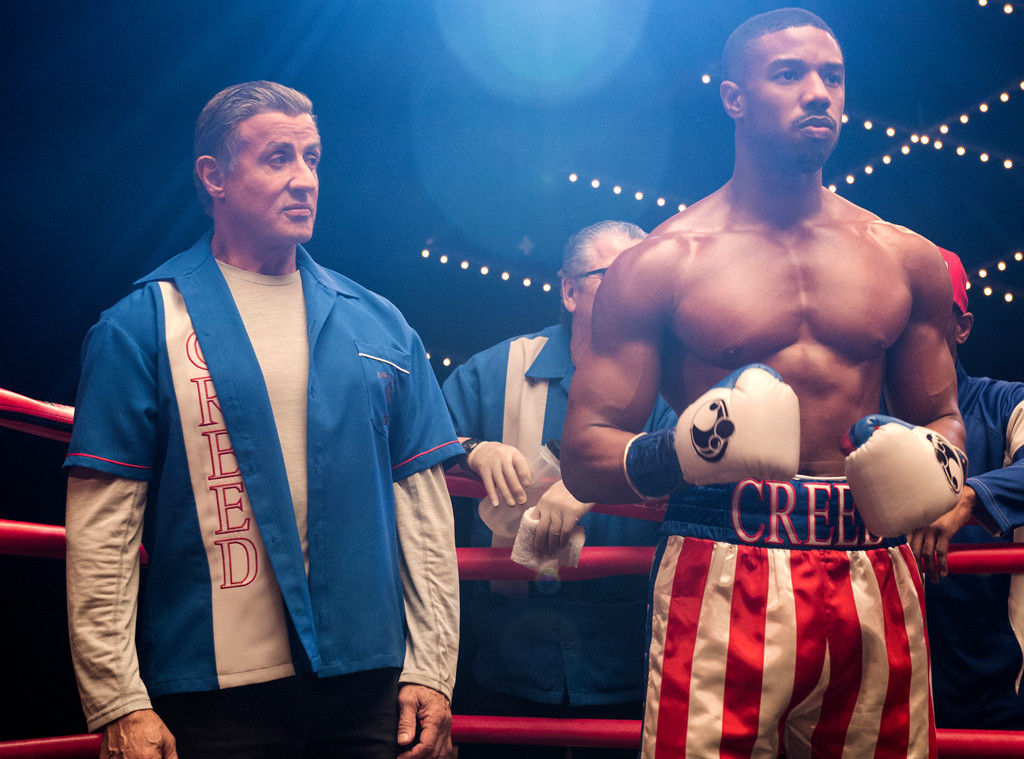 To bring those long-term goals into fruition, Jordan knows he needs to succeed as a leading man. “Nicholas Cage made so much money overseas. If you don’t perform domestically, and you can still make money internationally, you will always be around,” he says. “That’s why Creed, Creed II, is so important nowadays, this time around, because it is more international.”

Needless to say, the pressure to perform at a high level is intense. “I think about that a lot. It’s being the guy that has the opportunities and is in a position that can change the lives of a lot of people that you care about. It’s a natural weight of not wanting to f–k up, you know what I’m saying, and not wanting—and that’s why I overthink a little bit too much, or I’m always thinking about…I’m not comfortable yet because the people around me aren’t comfortable, either, and it’s like I gotta get to a place where I’m like, ‘All right, the thing is moving on its own. The machine is running.’ You know what I’m saying? I can check in on maintenance every once in a while, but I gotta get the machine running, and I gotta keep pushing this boulder until I get some momentum. Once it starts to roll on its own, I can kinda start to live my life a little bit more, and that’s the sacrifice that people don’t really get. These people you see with these legacies, they don’t ever talk about what they sacrificed to get there,” the movie star explains in Vanity Fair‘s November issue. “People think these things just happen. It’s not like that. They give up so much of their personal life, their love life, whatever, this, that, and personal things.”