Soho is one of our favourite places for a pub crawl. Firstly because they are all within walking distance; secondly because they are usually packed to the rafters with interesting Londoners; and thirdly because there are a lot of them. That means there are fair few great ones but on the flip side there’s a few to be avoided. Check out our list of the top boozers in Soho to ensure you don’t end up in the same situ as Withnail & I… 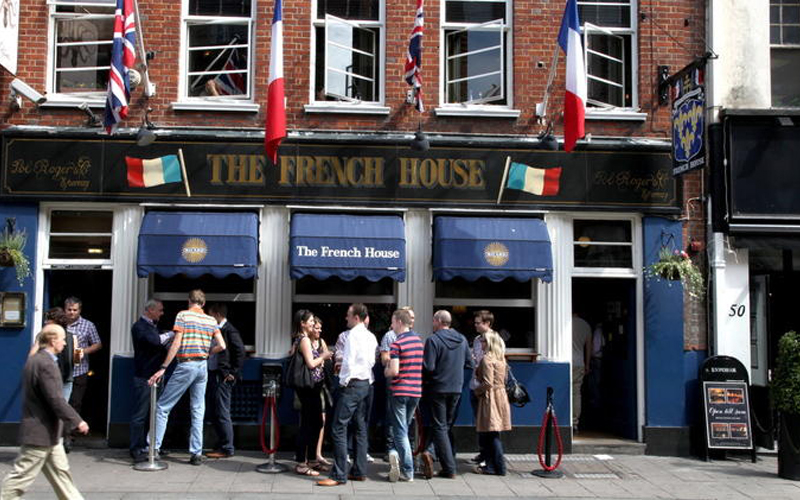 First up we have our favourite place in Soho, if not London for meeting new, random, weird and wonderful people – The French House. It’s a Soho institution with an incredible history, having opened in 1891. Inside the interiors are typical of an old school pub with lots of wood and dark brown – it doesn’t look like the interiors have been touched since the 70s and don’t even think about asking for a cocktail! This place serves draft in half pints, classic spirits and mixers and some dodgy wine. If the weather allows, grab a drink at the bar, stand outside and be entertained by the Soho crowds. 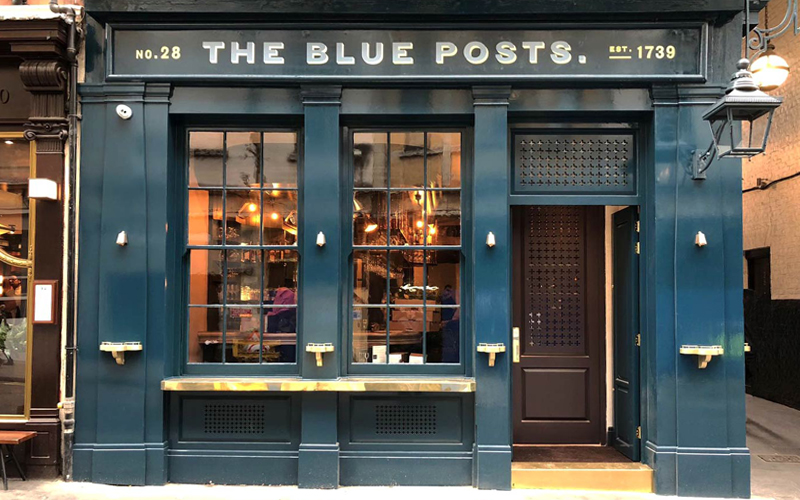 On the other end of the scale is The Blue Posts, a brand new refurbished pub with incredible food from the team behind Palomar a few doors down and The Barbary in Covent Garden. The pub is set across three floors including a cocktail bar on the first floor and a basement 14 seat restaurant that serves some of the best food in London. There’s plenty of beers on tap and because it’s a cut above the rest of the pubs in the area it’s also a little more spenny. Hey, you pay for what you get… 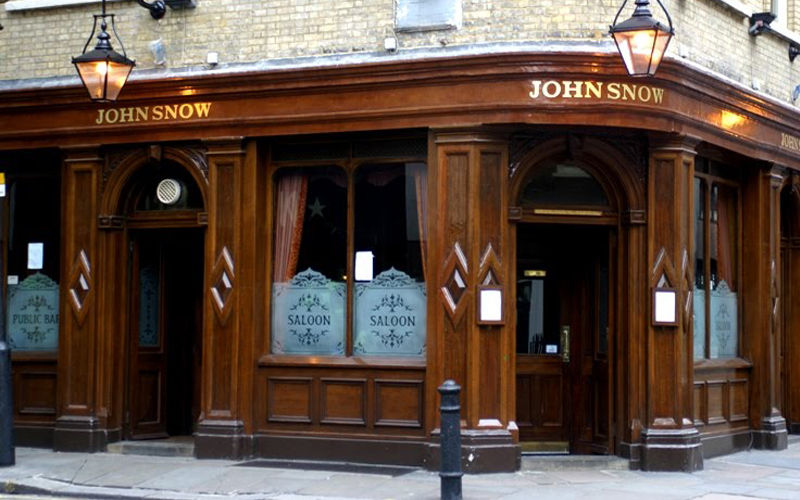 If you’re looking for somewhere cheaper, then John Snow isn’t a bad spot – it’s owned by the Sam Smith group who are known for serving cheap pints and it’s a popular spot with Londoners working in the area. It did hit the headlines for the wrong reasons (google it!) a few years back but they seem to have moved past it now….

Other places to pop in on your pub crawl include Toucan, a genuine Irish pub serving up an epic pint of Guinness. The tiny cosy dive is spread across two floors and can get a little rowdy. The Coach and Horses, a proper old school boozer which hosts weekly Saturday singalongs and is now a “vegetarian pub”. The Ship on Wardour Street, again a super popular pub with perfect pints that spills out on to the streets once it fills up. Then there’s The Lyric, a classic pub that’s perfectly situated for pre/post theatre, and The Sun & Three Cantons which is also home to many street food pop-ups so you can ensure there’s plenty of tasty grub to soak up all the booze. Then there’s De Hems, once a hangout for Dutch sailors and now serving a good selection of European beers on draft.

The good news is the pubs are all in walking distance so you can easily, cheaply, and quickly potter between them. Don’t do them all at once mind, no one needs a 10 pint hangover….

Best Drinks In Cans For The Park | Eat & Drink

How to Celebrate VE Day 75 Festival at Home

Postcards from Malibu – The Londoner