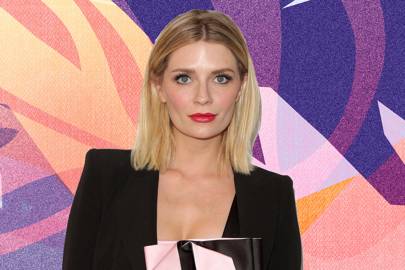 She’s an OC girl but Mischa Barton is ditching the beach to move to Hollywood as she is joining the cast of The Hills New Beginnings.

Mischa confirmed the news on her Instagram with a video upgrading the famous OC Catchphrase saying: “Welcome to The Hills B**ch”.

She captioned the post: “The secret’s out… I’m joining the cast of The Hills. When MTV approached me with the chance to be a part of the reality show that was inspired by The OC, it felt like the perfect opportunity for an irresistibly inviting new chapter.”

The 32-year-old rose to fame playing Marissa Cooper on teen drama The O.C in 2003.

And her on/off relationship with Ryan Atwood including her traumatic death (spoiler) had us in tears through most of the noughties.

The show, which was set in Newport, Orange County and also starred Adam Brody, Rachel Bilson and Benjamin McKenzie, was the inspiration for MTV’s Laguna Beach: The Real Orange County.

It launched the career of Lauren Conrad and Kristin Cavallari and led to the spinoff The Hills in 2006. For six seasons, we were gripped with failed trips to Paris, fall-outs and some amazing scenic shots before The Hills appeared to air for the final time in 2010. It even created its own spin-off, The City which starred everyone’s favourite BFF, Whitney Port, as she tried to carve our her fashion career in New York City.

MTV announced the return of the hills at the VMAs in August at New York’s Radio City Music Hall when all the original stars reunited on the red carpet.

They also released a teaser video with the original soundtrack, Natasha Bedingfield’s ‘Unwritten’.

Stephanie Pratt talks over the music, saying, “It’s like we’re all growing up. It’s weird.”

MTV confirmed that it would reunite original cast members and introduce their children, friends and new favourites whilst we follow them navigating their lives in Los Angeles.

It’s not thought Mischa has any close friendships with any of The Hills‘ original stars, but Heidi and Spencer Pratt both started following her on social media.

Lauren, who was the main character of the original show, won’t be returning to the reboot as she wants to focus on her clothing line and lifestyle brand.

Her former co-star Whitney Port told The Hollywood Reporter she tried to persuade her to change her mind and get involved in the reunion.

“I get it. We’re all at different points in our lives. Most of us have young families and everybody needs to protect their families in the way they feel is right,”

Lauren has a 14-month-old son, Liam, with husband William Tell.

“I don’t judge Lauren for not wanting to do it, she added. “I have tried to convince Lauren through people. I haven’t gotten directly to her, but I recently spoke to one of her friends and I was like, ‘Tell her to do it!’ Who knows? Maybe she’ll say yes in the future. I feel like the door’s always open.”

The Hills was the first “structured reality show” where the storylines were crafted and manipulated for TV.

But Whitney anticipates a more authentic version of the show with New Beginnings.

“There isn’t a need to create storylines this time around, honestly. There’s enough going on in our lives at the moment that they’re not going to have to make anything up,” she said. “What’s cool about the reboot is it’s going to be a slice-of-life type of show.”

The Hills: New Beginnings starts filming this month and is expected to premiere on MTV in 2019.

We bet Natasha Bedingfield will be THRILLED with the royalties.

10 Up & Coming Beauty Bloggers Who Are Worth Following In...