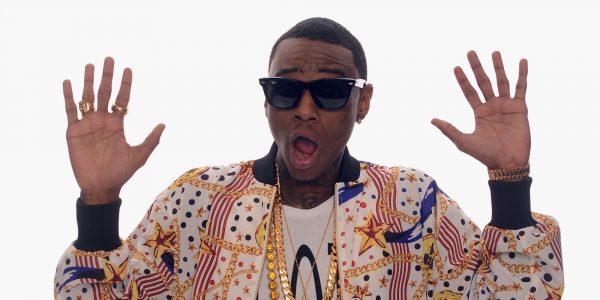 Despite his absence from Billboard charts and general conversations about current Pop culture, rapper/entrepreneur Soulja Boy Tell ‘Em is here to tell detractors that he shouldn’t be counted out.

The 2010s may have seen his name aligned with headlines that told of legal woes, rap foes, and trouble with hoes, but the 28-year-old has bounced back majorly, as he recently revealed on Twitter.

And, while the announcement of his comeback may have been greeted ridicule by some, fact checks see his claims of accomplishment check out.  This leads us to ask: did Soulja Boy really have the best comeback of 2018? 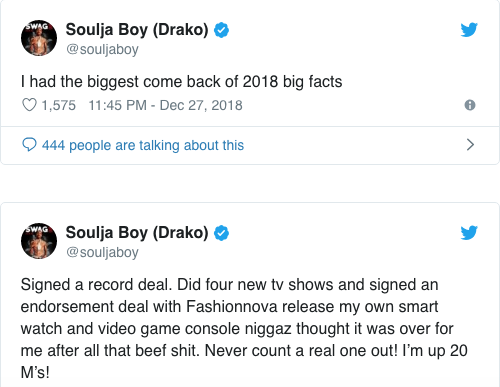 As listed above, Soulja not only launched video game consoles – including the SouljaGame Console and SouljaGame Handheld – but he also created the SouljaWatch.  Additionally, he did indeed ink a new record deal with Entertainment One and is a featured star of WeTV’s forthcoming reality series, ‘Marriage Boot Camp: Hip Hop Edition’ (click here to see the trailer).

And, while the capacity of his role on the other three shows he mentioned may include producer, star, etc. (as he did not specify them), what is true is that the behind-the-scenes come up was real for Soulja in 2018.

We ask again: did Soulja Boy really have the best comeback of 2018?

Helena Hauff to release new EP on her Return To Disorder...

The Predictions Are In! Zayn Set To Sell 3k In Pure...