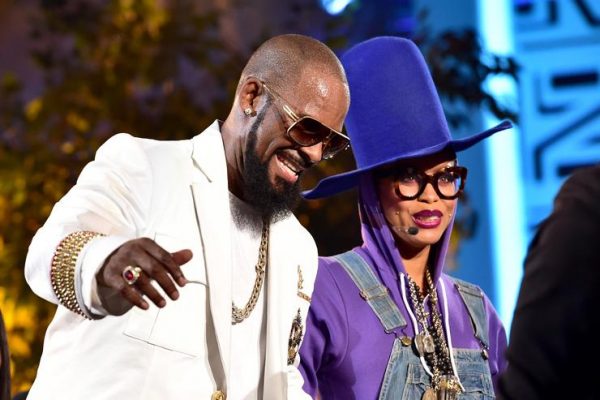 Erykah Badu was invited to have a window seat after headlines rang across the net she was booed during her concert last night (January 19) at Chicago’s Aragon Ballroom after she went on a rant in defense of embattled R&B singer R. Kelly.

As Kelly is immersed in a media firestorm after the scathing documentary, ‘Surviving R. Kelly,’ aired on Lifetime at the top of the year featuring victims who allege the ‘I Believe I Can Fly’ singer sexually assaulted them, the general public – including his own label (as we reported here) – have spoken out against him.  Badu dared to stand against the outcry and she is suffering a Twitter tongue-lashing as a result….

The speech that got people up in arms:

After the hoopla, Erykah took to Twitter to say:

This isn’t the first time the ‘Danger’ singer was in danger for supporting a villain.  This time last year she made headlines for claiming she ‘saw the good in’ Adolf Hitler.  Click here to read more on that.

‘Sure, we would have won’” • Popjustice

A blanket of drone and ambient music in Portugal