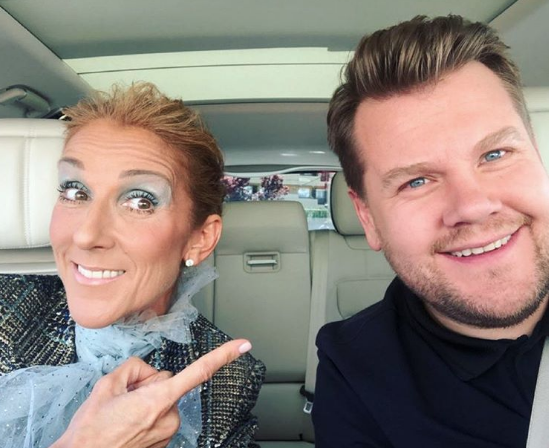 Sending fans into a frenzy with the announcement, 5-time Grammy winner Celine Dion will be the next superstar to take a ride with ‘The Late Late Show’s James Corden for the series’ prized segment. 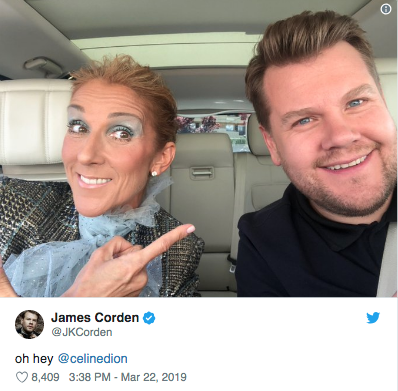 Having driven her fair share of timeless hits to the top of charts across the world over her illustrious 30+ year career, Dion comes as an excellent addition to the string of Pop icons that have appeared on ‘Karaoke’ including her ‘Tell Him’ duet partner Barbra Streisand, Madonna, Mariah Carey, Jennifer Lopez, Britney Spears, and many more.

Taking a break from her final run of Vegas shows, the 50-year-old diva reportedly taped the segment Friday (March 22).  As of time reported, its air date has not been announced.