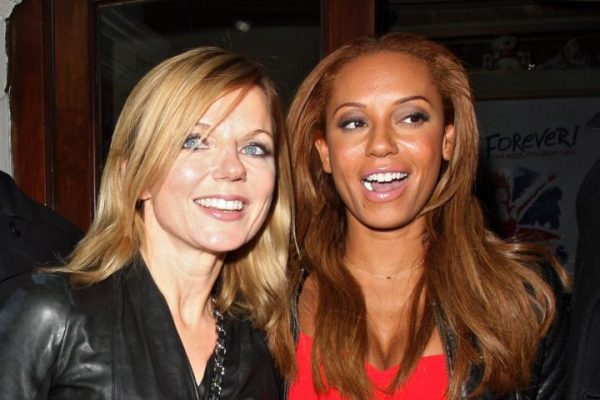 ‘If you wannabe my lover, you gotta get with my friends’ definitely takes on a whole new meaning thanks to a recent revelation by Spice Girls star Mel B (Scary Spice).

Ahead of their reunion tour kick off in just a week, the 43-year-old is making headlines for reportedly revealing to Piers Morgan that she had a sexual encounter with fellow Spice Girl Geri Halliwell (Ginger Spice) during the band’s prime. 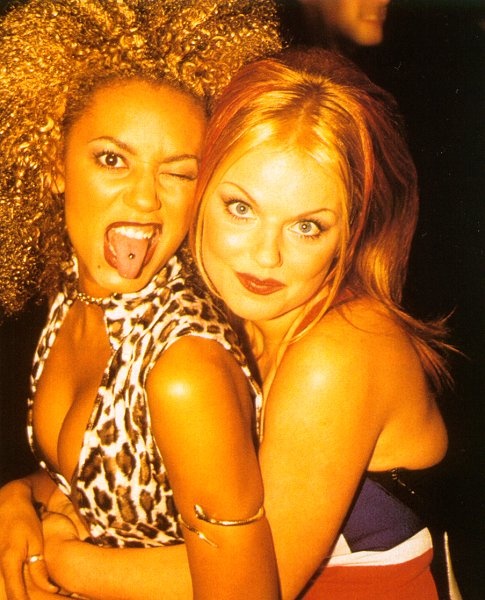 The reveal came during a taping of his new ITV show, ‘Life Stories’:

According to the Mail on Sunday, which posted a transcript of the interview, Piers, who is a columnist for the paper, had asked Mel B, “Did you or didn’t you with Geri Halliwell…did you sleep with her?”

“Yeah, we all slept in a bed together but not ‘like that’ all of us,” the 43-year-old singer replied.

“Did you sleep with Geri ‘like that’? Piers asked.

Mel B nodded and smiled, and said, “She’s going to hate me for this because she’s all posh in her country house and her husband. But it’s a fact. It just happened and we just giggled at it and that was it.”

“It was just that once,” Mel B continued. “And hopefully when Geri gets asked that, which hopefully she will after this, she won’t deny it. Because it was just a fun thing.”

Both Mel B, who was recently married to Stephen Belafonte, and Geri, who married Formula 1 racing team boss Christian Horner in 2015, have talked about previous relationships with women.

The Sun on Sunday reported that the alleged hookup took place soon after the newly formed Spice Girls moved into a shared house in Maidenhead, Berks, in the mid ’90s. The group released their saucy debut single, “Wannabe,” in 1996 and went on to drop many more top songs. Geri left the band two years later, then rejoined the group in 2007. [source]