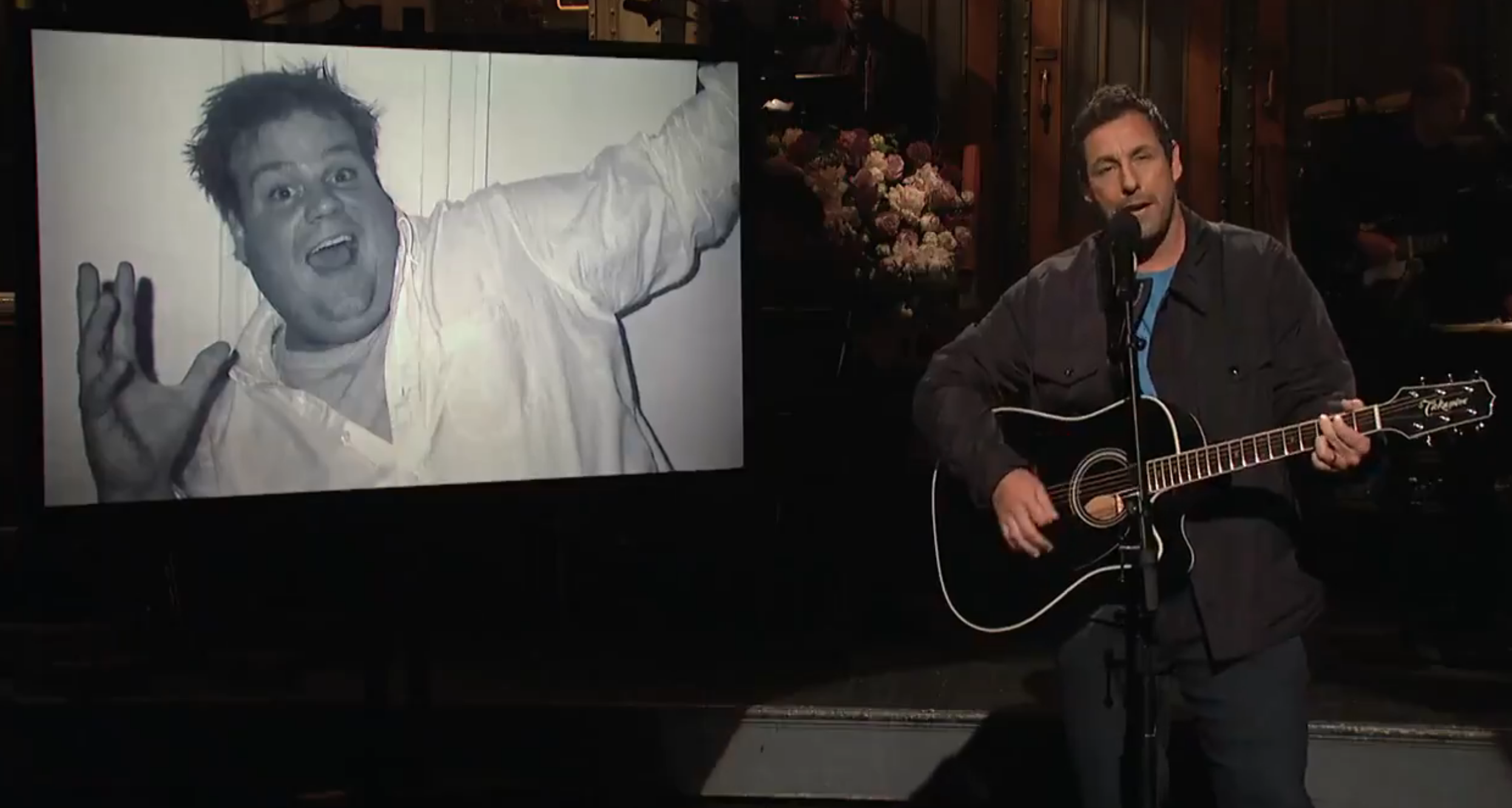 This evening, former SNL cast member Adam Sandler made his long-awaited return to Studio 8H to serve as host for the first time. Sandler waxed nostalgic throughout the 90-minute episode; during his opening monologue, Sandler was joined by fellow SNL vet Chris Rock to sing a song about their untimely firings from the show. A subsequent sketch imagined a Sandler Family reunion in which Jimmy Fallon, Kristen Wiig, and current SNL cast members portrayed some of Sandler’s more infamous characters, including Cajun Man, Canteen Boy, the Wedding Singer, Hank Gelfand, and the Herlihy Boy. Sandler himself revived Opera Man during Weekend Update.

But the most striking and memorable moment came at the end of the episode, when Sandler performed an original song dedicated to his late friend and former SNL cast member Chris Farley. Sandler has played the song live before — including on his recent Netflix special. However, given the setting and circumstances surrounding his return visit to SNL, tonight’s performance was especially emotional, to the point where Sandler was in tears near the end.

Watch Sandler’s tribute below, and stay tuned for our full recap of tonight’s episode. You can get tickets to Sandler’s upcoming standup dates here.

Cardi B Will Not Perform at the Super Bowl Halftime Show...