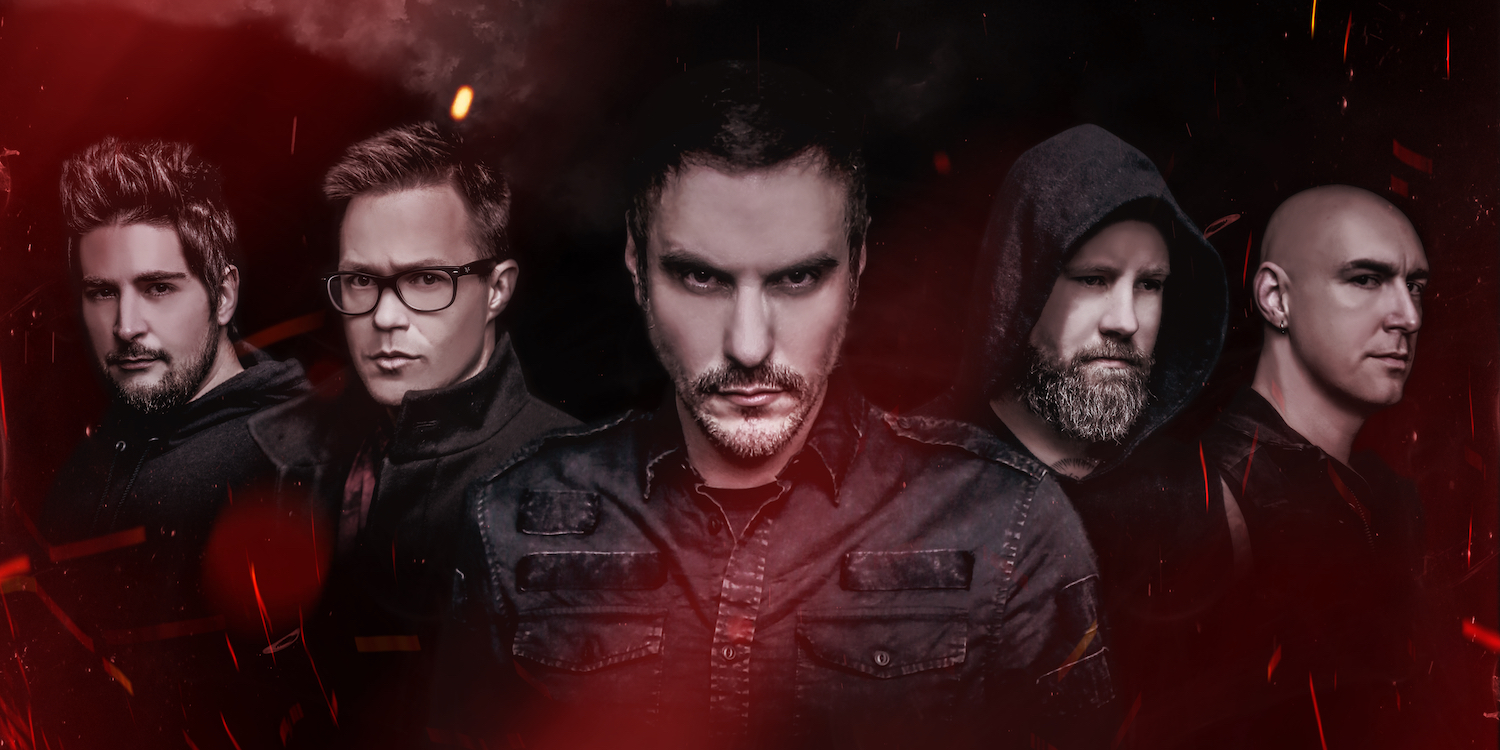 Breaking Benjamin have a loyal fanbase that has helped propel the band to the top of the rock charts since the Pennsylvania rock act first broke onto the scene at the beginning of the 21st century.

Those strong followers stuck by Breaking Benjamin’s side for the six years between the group’s 2009 album, Dark Agony, and 2015 set, Dark Before Dawn. Even after that lengthy hiatus, frontman Benjamin Burnley and company were able to come back and find their fans ready to support their new music and subsequent tours.

The band’s latest effort, 2018’s Ember, has also been welcomed with open arms, as it has already yielded three Top 10 Mainstream Rock songs.

“It’s a tremendous gift to have fans like we do, and it’s definitely not a given,” Burnley tells Heavy Consequence. “Not every band gets to have that, and we’re grateful.”

Breaking Benjamin will headline a two-month North American tour with Chevelle and Three Days Grace this summer, and the trek is part of Live Nation’s National Concert Week promotion, which runs through May 7th, offering discounted tickets at $20 and even lower for some of this year’s biggest tours. For details and a comprehensive list of participating acts, go here.

Burnley spoke with Heavy Consequence about Breaking Benjamin’s latest LP, Ember; the band’s upcoming acoustic album; and why performing live is the best way to see how fans react to the band’s music on a personal level. Read the full interview below.

On the writing process for the band’s latest album, Ember

I really like that the other guys in the band wrote a good amount on it and were able to contribute. I’m happy to be able to work with guys that can play that role in the band. I’ve always played with great musicians, but on the writing side, I hadn’t been able to pull that aspect together with past band members. But these guys are great writers, and a couple of them are singers, too, so they sing a couple of songs live, and it’s been really fun. It’s made it so we can really enjoy writing and performing. The fans love what we do as much as I do, and I think that’s really awesome. It’s undeniable that they’re good writers and performers, and the stuff they write sounds like Breaking Benjamin. I’m really happy that fans have connected to it the same way I have.

On his favorite track to perform live off Ember

I really love playing “Psycho” live. It’s got a really cool riff, and it’s just fun to be a part of live.

On Breaking Benjamin’s fanbase staying by their side, even after a lengthy hiatus

When we came back, it really was a sense that we had never left. I was really amazed by that, and I just went with it. They acted like we were there all along. Everybody in the band realizes what an incredible gift that is, and we realize that we’re lucky to have that.

I’m as pleasantly shocked and as surprised as anyone is about it, in the best way possible. Our fans are absolutely amazing, and I don’t know what it is about the band that people would immediately be drawn to, but I’m thankful for it. There’s something about the music that people connect to it, and I’m really grateful for that. It’s amazing.

I can’t speak for every band, but I think a lot of bands really thrive on playing for their fans. They thrive on seeing that energy and the impact, because when you make an album and put it out, even if it does well, you can’t really see how faces are reacting when fans are signing the lyrics to it. You have to go out there and see for yourself the actual impact of the music. Having a number that’s high is really awesome, when you’ve sold a lot, but that’s just a number, and you can’t see how people are reacting to the music until you play shows.

On the special experience of playing summer shows

We just like to hang out and have a good time, because we take what we do seriously, but we don’t take ourselves seriously. When we’re on tour, it’s like we’re hanging out at a party — it’s a hanging-out-in-someone’s-living-room kind of vibe. When it’s a tour in the summer, too, and it’s a nice day, it seems like an even cooler experience and better vibe.

On Breaking Benjamin’s most memorable tour

They’re all awesome in their own way. The Five Finger Death Punch tour was a lot of fun, and we really connect with those guys on a personal level, but we connect with everyone who we tour with. All of the tours have been fun, and I can’t take anything away from any of them, because they’ve each been great in their own ways.

On the band’s upcoming acoustic album