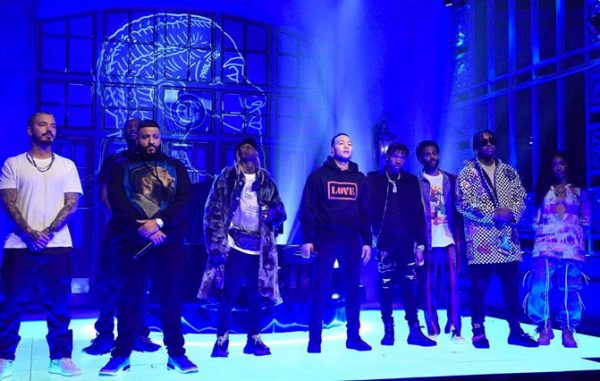 DJ Khaled kicked off the campaign for new album ‘Father Of Asahd’ with a seismic showing on Saturday Night Live.

Much like LP, the hitmaker was surrounded by a number of notable guests – including SZA, Big Sean, and J Balvin.

Also joining him was John Legend, who helped deliver a spirited rendition of their Nipsey Hussle collaboration ‘Higher.’

As widely reported, the late rapper was tragically killed outside his Marathon clothing store back in March.

In salute to him, Khaled and his collaborators observed a moment in his honor.

Peep the performances below…