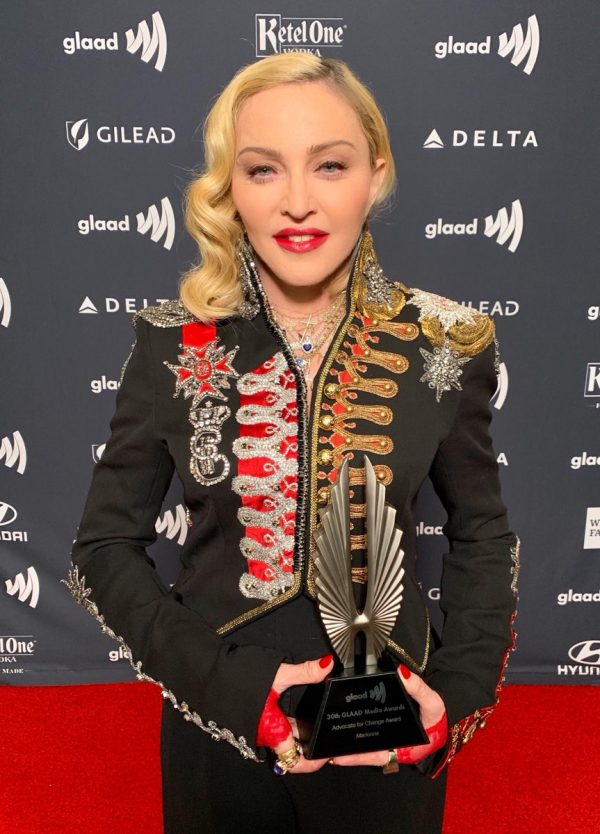 Over the course of Madonna‘s illustrious career, the superstar has been a fierce and fervent supporter of the LGBTQ community.

As such, it’s fitting that the Pop queen was presented with the Advocate For Change honor at the 30th annual GLAAD Media Awards in New York tonight.

Head below to see for more on her acceptance speech…

Hitting the stage to rousing applause, she referenced an early connection to the

She went on to add:

“The first gay man I ever met was named Christopher Flynn. He was my ballet teacher in high school and he was the first person that believed in me. That made me feel special as a dancer, as an artist and as a human being. I know this sounds trivial and superficial but he was the first man to tell me that I was beautiful.”

The award comes during an action-packed window for Madge, who has launched a colossal campaign for new album ‘Madame X’ (June 14th).