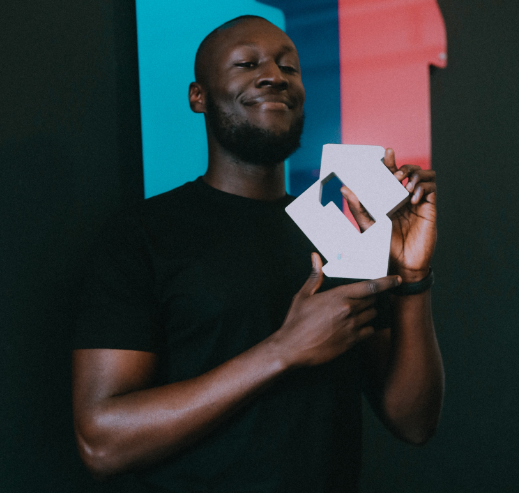 Stormzy has blazed his way to the top of the UK’s Official Singles Chart with comeback jam ‘Vossi Bop.’

And he’s made history in the process.

Released as the first taste of his much anticipated sophomore album, the track has stormed in at #1 on the coveted tally – with colossal streaming figures.

The viral cut wracked up 12.7 million plays; a feat which sees the Londonder accrue the largest streams ever for a rapper. In doing so, he bested the previous record set by Drake’s ‘In My Feelings.’

Stormzy’s chart touch-down comes after a three way battle with Lil Nas’ ‘Old Town Road’ (which dropped to #2) and Taylor Swift‘s ‘ME!’ (which had to settle for a #3 opening).

“Words don’t really do it justice. I’m genuinely, for once in my life, speechless!  My supporters have had my back like crazy – this is all you guys, thank you so much”

Caroline Polachek does not adhere to aspect ratio norms • Popjustice

Thom Yorke enlists Equiknoxx for Not The News RMX EP