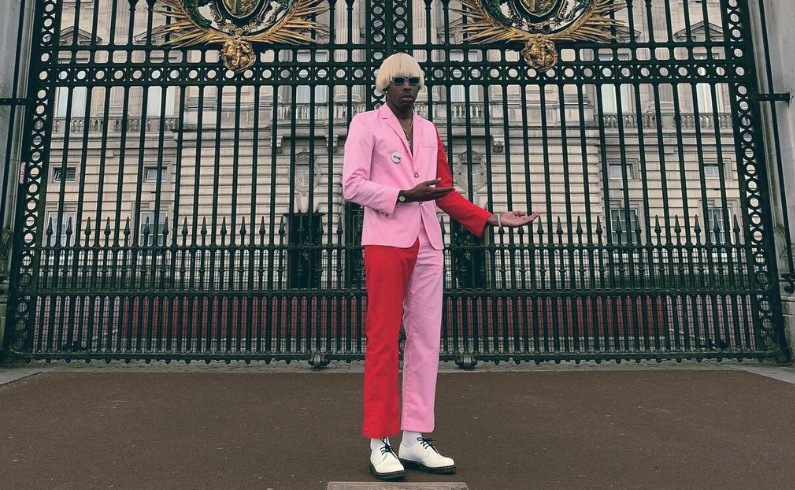 Since 2015, Tyler the Creator has been banned from entering the UK over claims that the rapper “encourages violence and intolerance of homosexuality” and “fosters hatred with views that seek to provoke others to terrorist acts.” However, with the release of his new album, IGOR, it seems Tyler’s travel privilege have finally been reinstated

The Odd Future rapper confirmed as much when he posted a photo of himself outside Buckingham Palace in London early Saturday morning. He then teased an pop-up concert at the Bussey Building in Copeland Park.

Given Tyler’s extended absence from the UK, fans unsurprisingly came out in droves for the performance, and unfortunately, the show was eventually called off due to issues of overcrowding, according to the Guardian.

LONDON; IGOR; 3PM; WILL UPDATE YOU LATER WITH LOCATION pic.twitter.com/bscofwIxta

???? london i wanted to play new magic and earfquake so bad fuckkkkkk

Watch St. Vincent and Dua Lip Perform at the 2019 Grammys...

Sharon Osbourne Drugged Ozzy to Get Him to Confess to Infidelities