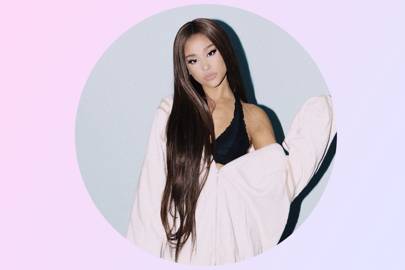 Ariana Grande has donated the proceeds from her concert in Atlanta, Georgia, on June 8, to Planned Parenthood.

As People magazine reports, she gave $250,000 (£197,000) to the charity as a protest against dangerous new abortion laws in several southern states in America, including Georgia.

“Ariana Grande’s generous donation comes at a critical time — in Georgia and across the country, anti-women’s health politicians are trying to ban all safe, legal abortion,” Planned Parenthood Action Fund President Dr Leana Wen told People in a statement. “This is not what the American people want, nor is it something they’ll stand for.”

As its website says, “Planned Parenthood Federation of America is a nonprofit organization that provides sexual health care in the United States and globally.” They’re one of the key organisations in the States that will help fight for women’s rights to safe abortion. Ariana’s donation – a quarter of a million dollars! – will help them do their important work.

Earlier this year, Georgia Governor Brian Kemp, a Republican, signed the most extreme abortion ban in the country. It’s known as the “fetal heartbeat bill,” or more officially as HB 481. It will outlaw abortions after six weeks, which is when a heartbeat can sometimes be detected in an embryo – but actually many women don’t even realise they’re pregnant at that stage. This new legislation means that women could be sentenced to life in jail – or even, unbelievably, get the death penalty – for accessing an abortion. It’s a shocking and dangerous decision.

In this scarily Trump-esque era, GLAMOUR asks why not one of the wannabe Tory PMs has come out in support of women’s reproductive rights

Rita Ora Opens Up About Returning To Kosovo And Her Empowering...

Bralettes And Bralet Tops For Summer 2018