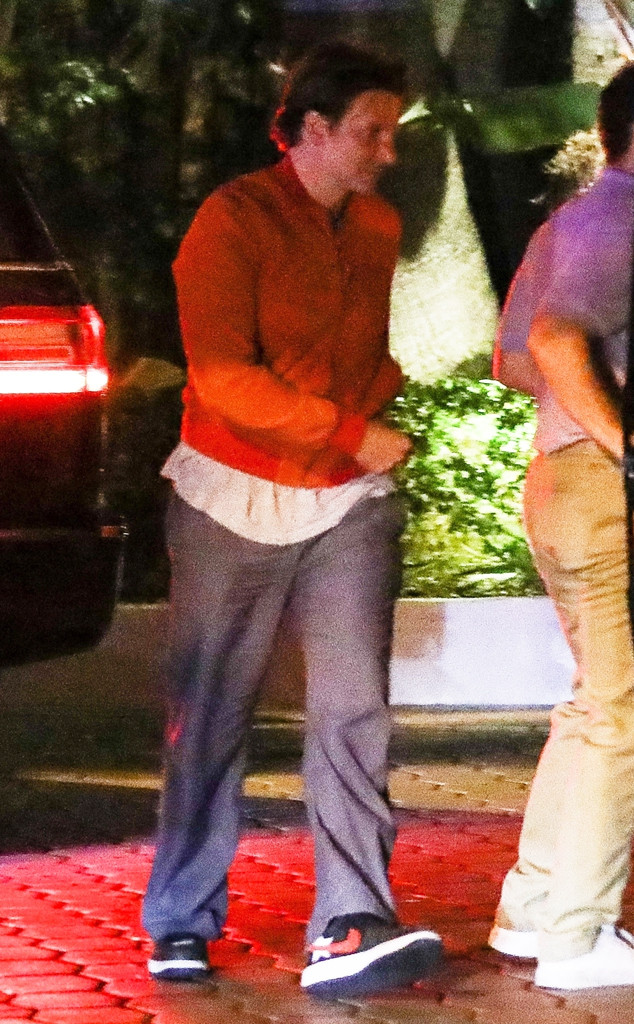 Bradley Cooper is spending time with friends following his breakup with Irina Shayk.

The Oscar nominee was spotted with pals at the Sunset Tower Hotel in West Hollywood, Calif., on Monday evening. Cooper, dressed casually in an orange jacket, gray pants and Nike sneakers, spent about two hours with his friends at the A-list location, with a source telling E! News that the actor “looked really upbeat and chill” during his night out.

This sighting of Cooper comes just days after reports emerged that he and Shayk had ended their relationship after four years together. The 44-year-old A Star Is Born director and the 33-year-old supermodel, who are parents to 2-year-old daughter Lea de Seine Shayk Cooper, first sparked romance rumors in 2015.

“They tried to work things out for a while, but it just became clear the relationship was over,” a source told E! News amid the split speculation. “As much as they tried to rekindle what they once had, they couldn’t find that spark.”

The insider added, “They both want what’s best for their daughter and so far things are amicable. They’re working out custody details and putting everything in writing so there’s no confusion.”

Following the breakup news, Shayk flew to Iceland for what appeared to be a photo shoot.

While Cooper and Shayk have yet to officially comment on their relationship status, the supermodel did take to Instagram on Monday to share a sexy photo of herself by a waterfall. In the picture, Shayk stands tall as she dons a piece from the Intimissimi collection.

In the comments of the post, fans sent Shayk words of encouragement, telling her to “stay strong” amid the split.

Carl Weathers Joins The Star Wars Universe in ‘The Mandalorian’ |...