Earlier this week it was reported that Facebook had banned posts containing Led Zeppelin’s iconic Houses of the Holy album cover. Now, though, the social network is reversing course.

In a statement to Ultimate Classic Rock, a spokesperson acknowledged that Facebook had indeed been removing posts containing the album cover, which depicts nude children climbing up the rocks at the Giant’s Causeway in Northern Ireland. The image was built from a collage of photos by Aubrey Powell of Hipgnosis.

The spokesperson stated, “As our community standards explain, we don’t allow nude images of children on Facebook. But we know this a culturally significant image. Therefore, we’re restoring the posts we removed.”

Ultimate Classic Rock had actually received a takedown notice from Facebook when the music site posted the album cover on Wednesday, with Facebook warning, “If the content is still live in 48 hours, it will automatically be deleted. Repeated violations may impact the page’s ability to monetize.”

In reversing the ban on the Houses of the Holy artwork, Facebook also revealed that it would now consider the newsworthiness or importance of the subject matter in the future, when deciding whether to allow posts containing similar images. 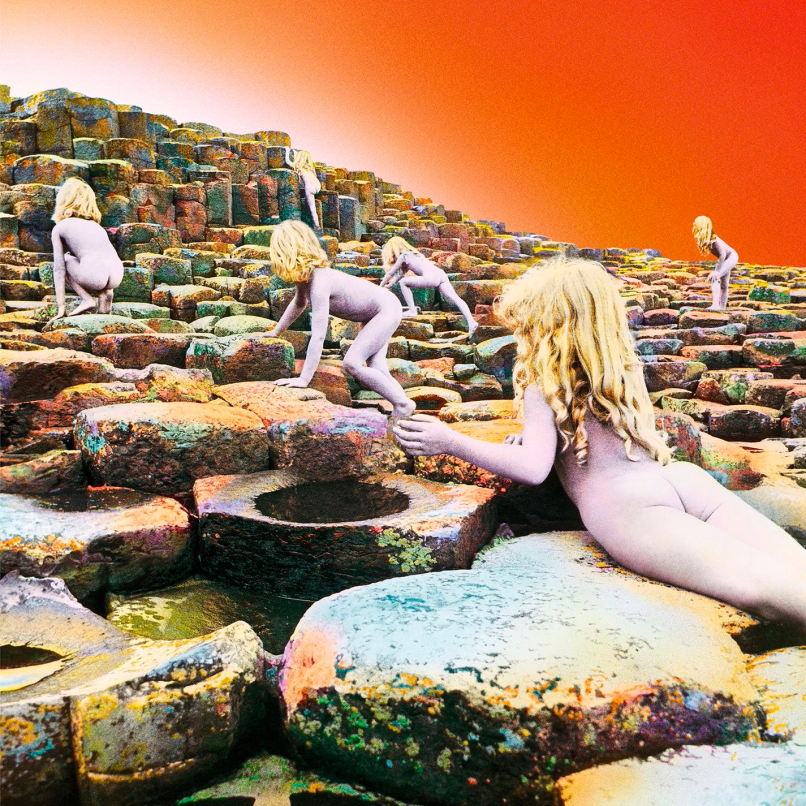 Roger Waters Calls on Maroon 5 to Take a Knee at...