Years before performing under the name Hatchie, singer-songwriter Harriette Pilbeam was content milling about behind the scenes. In the close-knit music community of her hometown of Melbourne, she served as a tangential member of various friends’ bands, such as Go Violets and Babaganouj. These early days were Pilbeam’s first exposure to the industry, and thus significant in their own way; however, she knew deep down she longed to be center stage.

But something kept holding her back: herself.

“When I was a kid, I always wanted to be some sort of musician, but I just didn’t see myself as a front person or a pop star. So I kind of pushed it aside for awhile,” she tells Consequence of Sound.

Slowly, though, Pilbeam’s desire to be her own artist eventually prevailed over her self-doubt. “I got to the point where I was like, ‘I guess I have to take things into my own hands or I’m always going to be working behind someone else and never really feeling like the achievements are my own.’”

Liberated from her fears and ready for her turn in the spotlight, Pilbeam got to work on songs that would become 2018’s Sugar & Spice, an EP that could easily be a dream pop lover’s dream come true. With her band, she also hit the road with some premier indie rock stars like Snail Mail and Alvvays.

For her upcoming debut album, Keepsake, Pilbeam again mined the sounds of dream pop forefathers like Mazzy Star and Cocteau Twins. But she also was careful not to pigeonhole herself too much this time around. After all, although she frequently spun So Tonight That I Might See or Heaven or Las Vegas, it was hardly all she ever listened to.

“There were people who were really ready to put me in one corner,” recalls Pilbeam. At times she was tempted to leave certain songs off Keepsake, fearing they would somehow tarnish her “sound” or disappoint critics and fans.

That is, until she remembered why she started Hatchie in the first place. To be her own artist. With her own rules.

Keepsake reflects that sense of proud ownership because it reflects Pilbeam herself. Between the dream pop and shoe gaze are tracks with a little more of a danceable pulse, as well as others that fold in the heaviness of industrial or gothic pop/rock like Depeche Mode and The Horrors, one of her all-time favorite bands. And then are some that incorporate all of the above, because Pilbeam is not one for strict labels.

While she knows there are people “who don’t like the idea of the crossing over of genres,” Pilbeam happily approaches her material with fluidity and a boundlessness. She does whatever comes natural to her.

When asked about Lil Nas X’s smash hit “Old Town Road” — and the massive controversy it stirred up among gatekeepers of country music — Pilbeam replies, “I get that song. I know why it’s big.” She adds, “I wish people would just let it live.” The same words could certainly apply to those who may be too quick to judge and categorize her music. Hatchie just wants to live.

ON GROWING UP IN THE BRISBANE MUSIC SCENE

Brisbane is the perfect place to grow up. It’s kind of a small town that got overpopulated and turned into a city. It has a pretty small but close scene. It’s a really cool place to grow up, especially if you’re part of a band and in your late teens. It was a good experience for me — I think it was the best. I don’t know how I’d be if i grew up in Sydney or Melbourne, which are so much bigger and scarier.

ON CHASING HER DREAMS BEYOND AUSTRALIA

I used to get asked in interviews if Brisbane affected the way I wrote, and I thought it didn’t at all. But when I thought about it, I realized the isolation of living in Australia definitely changes your perspective. And not even in a negative way, but it just kind of gives you a feeling of … you’ll always have bigger dreams. Everyone in Australia always wants to move somewhere else, like London, New York, or Berlin, some place with more clubbing/nightlife scenes. People, especially teens, really are always dreaming of a bigger life overseas. I think that affected me more than I realized as a teen.

ON THE MEANING BEHIND THE TITLE KEEPSAKE 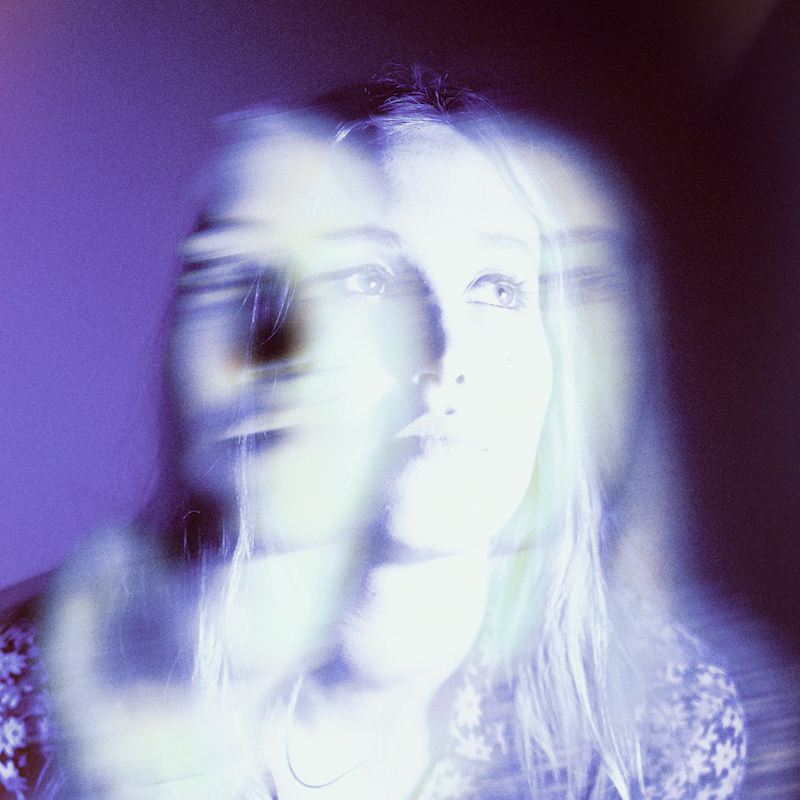 It’s kind of just something I stumbled upon. I didn’t really have any idea what I wanted to call the album. I didn’t wanna name it after a song or make it self-titled, so … it was a word that popped up in one of the songs “Kiss the Stars”. I talk about keeping a heart as a keepsake, and I thought it was really nice.

I have a bunch of little keepsakes and mementos in a drawer at home. I thought that this album would be a keepsake, kind of like a time capsule of this time in my life. So, it just kind of makes sense. I didn’t put too much thought into it at the time, which is good because I was worried I would be agonizing over it. I really liked that it was an easy decision to name the album Keepsake.

The main ones I have are little tickets from trips I’ve taken. Like I’ve got a bunch of little things from Japan because everything is so nice there. Every train ticket is so cool, it’s not like an ugly piece of paper. I also have old broken key rings, old guitar picks that have names on them. I have little pieces of jewelry that I don’t wear anymore but that I had as a kid. I have a little antique box that my parents gave me as a kid that has a lid that is like a fairy. When you lose a tooth, you’re supposed to put it in there.

ON HER POP PUNK PHASE AND FAVORITE ALBUM AT THE MOMENT

I haven’t revisited pop punk in a long time, but I had a massive phase of Fall Out Boy, Paramore, and All Time Low. I was like 14 at the time, during the mid-2000s, so I was the perfect age for it.

These days … I don’t know, I don’t have just one genre I listen to. I listen to completely different stuff every six  months. People really associate me with listening to pop because I’ve been kind of vocal about it in interviews, but it’s not the main genre I listen to or the only one.

Lately, I’ve been really getting into this album by Emma Louise, who is an Australian artist. She’s been around for awhile, but I never really listened to her older music because it was kind of like indie/folky, which wasn’t really my thing. But her latest album, which came out last year, was like a concept record where we she tuned down all of her vocals and took on something of an alter ego. It was very different from her other music, and it’s really beautiful. I can’t stop listening to it at the moment. It’s called Lilac Everything.

ON THE GENDER INEQUALITY OF MUSIC FESTIVAL LINEUPS 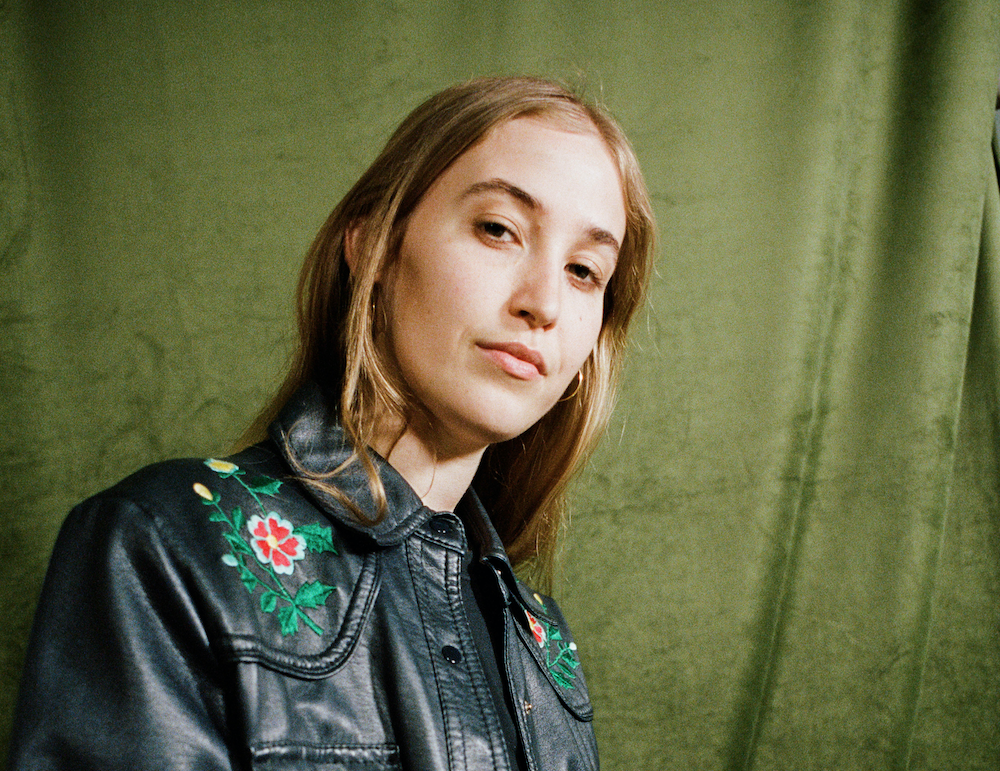 I think it’s more important than I realized or than I experienced as a young woman. Growing up, I was a privileged person. I’m a white person and grew up in middle-class suburbia. I definitely could have had way more female role models, but I’m lucky that I was still able to pursue a career in music, and I had the support of family and friends and schools that made me feel like I could make it but from the beginning. But there are lots of less privileged people who really need those good role models, and who need to be shown from a young age that they can do the things that they maybe think they can’t.

Prosecutors Believe They Have Tekashi 6ix9ine Dead to Rights | Music...