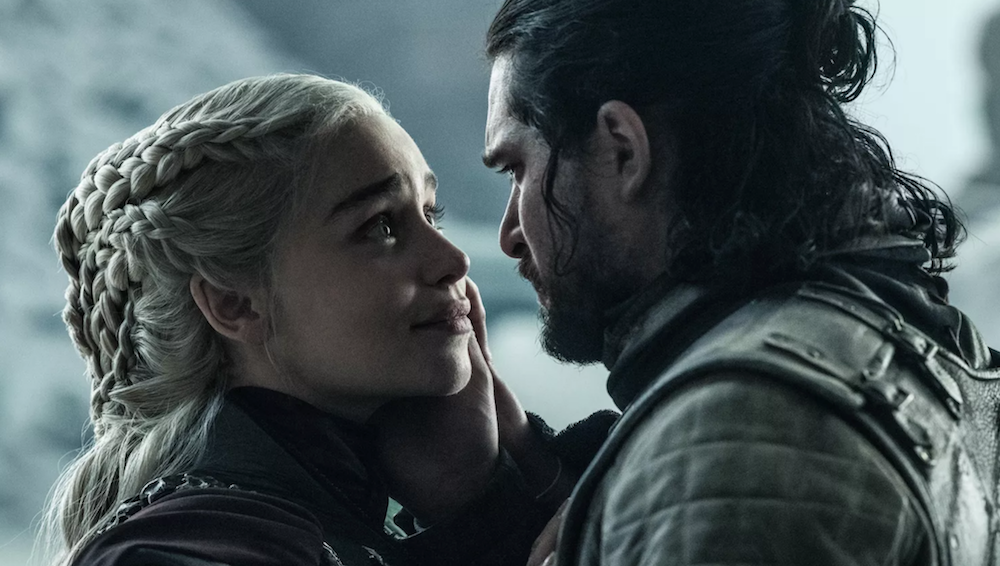 The first seven seasons of Game of Thrones will likely go down in history as boasting some of the best episodes of this current Golden Age of Television. The same can’t exactly be said for the HBO series’ last one, however. Despite the negative feedback from fans, though, GoT is confident it can take home some big awards at the 2019 Emmy Awards.

Ballots are out for the upcoming ceremony and they contain a major head-scratcher in the Best Writing category. Rather than highlight season eight’s stronger, earlier episodes, HBO believes the series finale deserves an Emmy.

(Buy: Tickets to the Game of Thrones Live Concert Experience)

As in episodes past, rogue beverages popped up in “The Iron Throne”, but were, sadly, the least disappointing flub of the final episode. Penned by D.B. Weiss and David Benioff, the storyline played out like a hot mess: a fan favorite was killed off, another banished, and the most random character took reign of the Seven Kingdoms.

You know it’s bad when the character who won the Iron Throne actually thought the script was all a joke. It’s also a terrible sign when your own diehard fans are begging for a re-do of season eight.

(Read: Game of Thrones Melts “The Iron Throne” and Viewers’ Hopes in Its Series Finale)

Nevertheless, HBO submitted the episode in the Emmy category for Best Writing, according to TV Guide. The network is also soliciting nominations for Best Drama Series, Casting, Sound Mixing, and Directing. In the latter category, HBO submitted Miguel Sapochnik for “The Long Night” and David Nutter for “The Last of the Starks”. (It’s especially hard to imagine Nutter standing a chance after the whole Jon Snow and Ghost debacle.)

Check out all the ballots submissions here. Nominations for the 71st Emmy Awards will be announced on Tuesday, July 16th. Winners will then be revealed during a telecast airing on FOX on September 22nd.