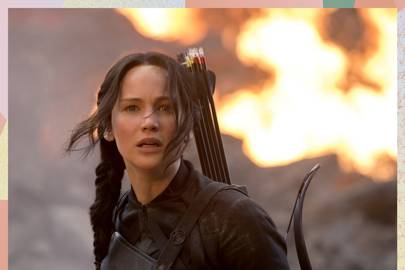 Hunger Games fans, it’s time to come out of mourning. Ten years after the insanely popular trilogy came to an end, author Suzanne Collins has confirmed another book is in the works.

Intrigued? Well, the newest instalment will be set 64 years prior to the original books and will explore the years following the Dark Days as the country of Panem struggle after the failed rebellion.

Suzanne gave us a taste of what’s to come in a recent statement to The Hollywood Reporter: “With this book, I wanted to explore the state of nature, who we are, and what we perceive is required for our survival” she said.

If you thought your day couldn’t get any better, a potential film has even been teased. Joe Drake, chairman of the Lionsgate Motion Picture Group, said: “We’ve been communicating with her during the writing process and we look forward to continuing to work closely with her on the movie.” As for whether Jennifer Lawrence will return to her role as Katniss Everdeen, you’ll have to stay tuned.

The brand new book is set for release May 19th 2020. While that may seem like a while off, it’s also perfect time to re-read all three books for the 100th time, followed for yet another Hunger Games movie marathon.

The Hunger Games trilogy enjoyed sweeping success with the first three books – The Hunger Games, Catching Fire and Mockingjay – selling more than 100 million copies worldwide. The film franchise also earnt nearly £2.4bn at the worldwide box office so it’s no surprise to hear a new book is on its way.

It looks like the odds are in our favour…

How to Have More Orgasms