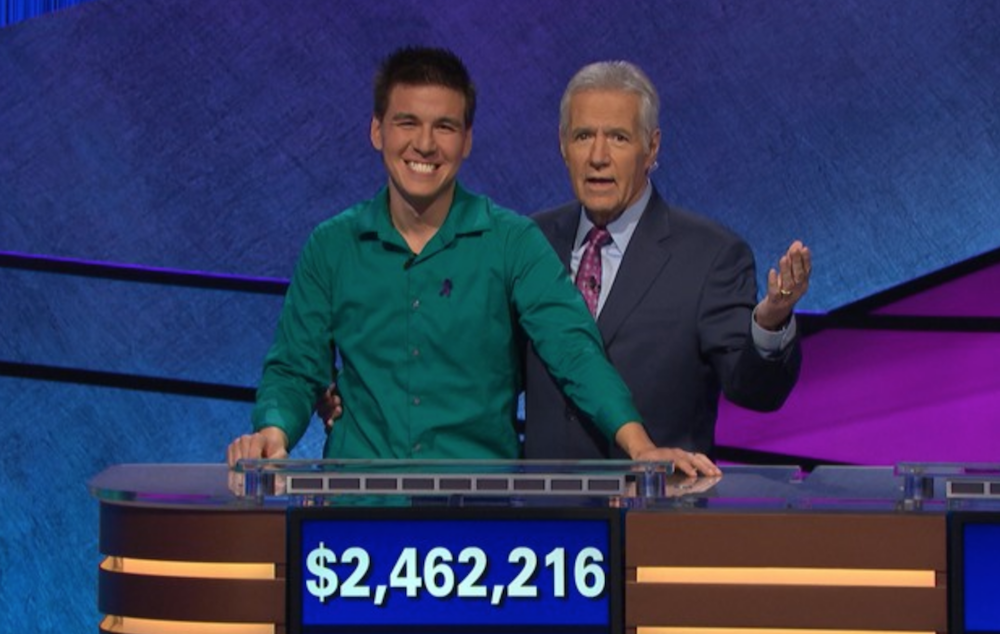 After winning 32 consecutive Jeopardy! games, James Holzauer is putting his money to good use. The former contestant recently made a donation to a cancer walk in host Alex Trebek’s name.

Holzauer became involved with the 2019 Naperville Pancreatic Cancer Reach Walk all thanks to a longtime Jeopardy! viewer named Ann Zediker. As the story goes, Zediker reached out to Holzauer after Trebek announced he’d been diagnosed with stage 4 pancreatic cancer.

(Read: Contestants are forbidden from betting $69 or $666 on Jeopardy!)

“My gut told me it was the right thing to do,” Zediker told the Chicago Tribune, “it couldn’t hurt.” Both Holzhauer and Zediker are from Naperville, Illinois, and Zediker’s own father passed away in 2010 from pancreatic cancer.

Holzauer, who earned over $2 million during his winning streak, replied and agreed to take part in the local walk. However, because he wouldn’t be able to physically attend, he sent along a donation of $1,109.14 in Trebek’s name. The specific amount represents the birthday of his daughter, Natasha, who made Trebek a “Get Well Soon” greeting card. And on donation website, Holzauer wrote, “For Alex Trebek and all the other survivors.”

Trebek recently offered a promising update on his cancer treatment. Some of his tumors have already shrunk by more than 50% and doctors consider him in “near remission.”