The Lowdown: The Madonna of today is not the Madonna who scandalized presidents and popes. Now, she is (coughs politely) years old and thankfully still evolving. Her last album, her unlucky 13th, was 2015’s Rebel Heart. Backed by awful singles like “Bitch I’m Madonna”, Rebel Heart represented a critical and commercial bottoming out.

Since then, Madonna has relocated. Her son wants to be a professional soccer player, and while other parents might send him to summer camp, Madonna has moved everybody to Portugal. This is so he can attend a prestigious soccer academy there, but according to the press materials that accompanied Madame X, Madonna soon got bored. The story goes that she then met with local musicians and artists and eventually found inspiration in Portuguese culture. That means taking drugs with 25-year-olds if the resulting album is any guide. Madame X is a psychedelic, globetrotting, reggae-, cumbia-, and disco-tinged adventure. Does that sound like a mess? Well, it is. But it’s also some of the most joyful music that Madonna has made in a decade.

The Good: Madame X begins with a trip and a trip. On opener “Medellin”, Madonna starts by singing, “I took a pill and had a dream,” before waking up in Medellin, Colombia. Now the whole album doesn’t ride that vibe (like I said, the vibes are all over the place), but it certainly sets the stage for experimentation. “Medellin” is a bilingual collaboration with the Colombian performer Maluma. And I know what you’re thinking: Madonna’s time in Portugal inspired her to make a song about Colombia? These are different languages and different continents after all. But if you don’t let geography harsh your mellow, you might get swept away.

She collaborates again with Maluma on “Bitch I’m Loca” and brings all the swagger that “Bitch I’m Madonna” lacked. The collaborations are the best parts of Madame X. They energize Madonna, who’s done just about everything a performer can do solo. The Portuguese drum collective Batucadeiras provides a much-needed spark to the repetitive “Batuka”. And on the infectious “Faz Gostoso”, she teams up with the Brazilian singer Anitta to give this Portugal-inspired album some actual Portuguese.

The Bad: It starts with sonic whiplash. There are short runs of coherency, but for the most part Madame X doesn’t even sound like an album, just a badly curated playlist. The various musical influences often clash, like when a spacey, Yoko Ono-inspired track like “Killers Who Are Partying” swerves into the conventional R&B radio jam “Crave” with Swae Lee. “Killers Who Are Partying” is full of cringy wokeness. Madonna professes fellowship with the downtrodden all over the world, but does it in a vague and self-aggrandizing way. It’s a bit like her “tribute” to Aretha Franklin that came off as a tribute to herself. Finally, there’s the whole persona of Madame X. This is how Madonna described it:

“Madame X is a secret agent. Traveling around the world. Changing identities. Fighting for freedom. Bringing light to dark places. She is a dancer. A professor. A head of state. A housekeeper. An equestrian. A prisoner. A student. A mother. A child. A teacher. A nun. A singer. A saint. A whore. A spy in the house of love. I am Madame X.”

You don’t say — a housekeeper and an equestrian!? Not only is this profoundly stupid, but it doesn’t have anything to do with the music. It’s an excuse to wear an eye patch and nothing more.

The Verdict: The track list is scattered and psychotic, and Madonna’s future tours will ignore almost all of these songs. You might even call it a “vanity project,” though I think it’s time to retire that phrase. All music is vain; all art is frivolous. The point is she doesn’t need money and doesn’t seem to care about attention as much as she used to. Madonna has created this music for an audience of one: Herself. Often it works. Sometimes it doesn’t. But there’s joy in the way it was made and further proof, if you needed any, that Madonna will never stop growing. 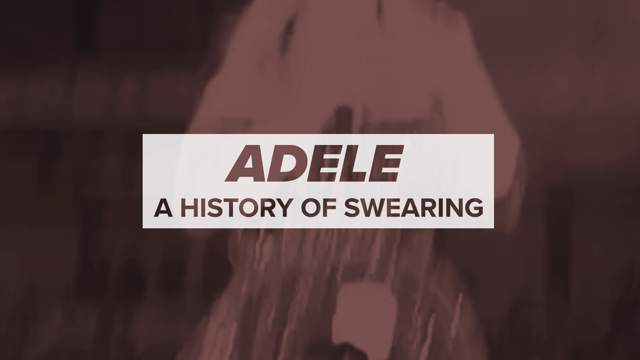