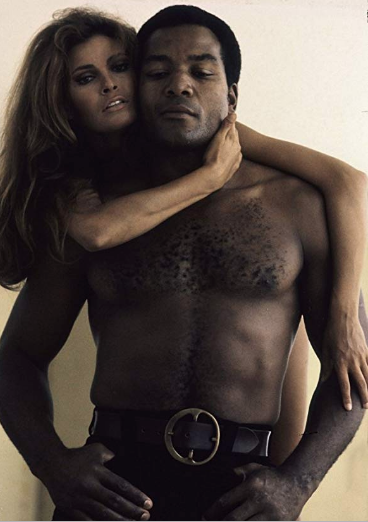 Welcome to Retro Rewind, the TGJ original feature carved out to celebrate the monumental moves made by some of entertainment’s bravest minds.

Today, we honour the athlete Jim Brown and his stellar performance in the movie ‘100 Rifles’ in which he starred in alongside Raquel Welch.

In it, Brown plays a lawman who is chasing a bank robber who stole $6,000 but, as Brown’s character soon find outs, is far more complex than the world would have him believe.

The behind the scenes drama was just as intense.

It started because  Jim and Raquel were  attracted to each other. After a while they both displayed a little temperament, but don’t forget we were out in the middle of the bloody desert with the temperature at 110. Of course, I don’t think they’ll ever work together again.