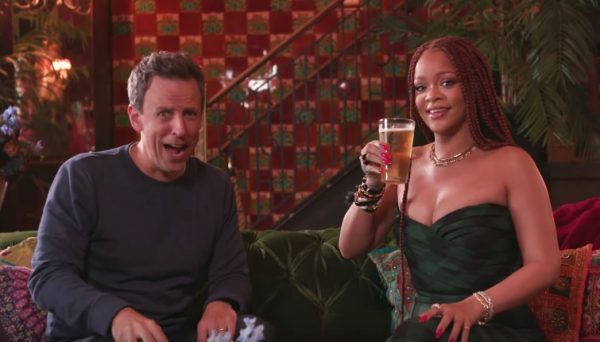 The budding mogul took a brief break from her many hustles to make a special appearance on ‘Late Night With Seth Meyers.’

In a unique twist, instead of stopping by the studio, the pair instead filmed a “day drinking” segment that pretty much played out as its name suggests.

A whole lot of laughter awaits after the jump…

Suffice to say, The Navy want to sip on new music sooner rather than later too.