Spencer Pratt and Heidi Montag are dishing all about the drama to come on The Hills: New Beginnings. The couple, who started dating on the second season of The Hills, has now returned for the MTV reboot, set to premiere in just a few days. Fans may recall, when Spencer was first introduced on the hit series back in 2007, his relationship with Heidi sparked tension with her then-BFF Lauren Conrad.

While many had doubts about Spencer and Heidi’s romance, the couple has now been together for over a decade, welcoming son Gunner Pratt in 2017. So, what do they have to say to all of their haters now?

“Here we are with our son, and we’ve been together for 12 years,” Heidi told E! News’ Justin Sylvester on Wednesday at The Hills: New Beginnings premiere. “And it’s been a great ride, it’s been such a fun adventure.”

“I feel like we did a lot of the hard years on-camera,” Heidi said. “Even though we weren’t married, that was a really challenging time in our relationship when our friends were trying to tear us apart and being on TV.”

“So, I do think we went a lot of the hard times on television,” she continued. “And then we took a break and could relax, and Spencer went back to USC and got a political science degree…now we’re back.” 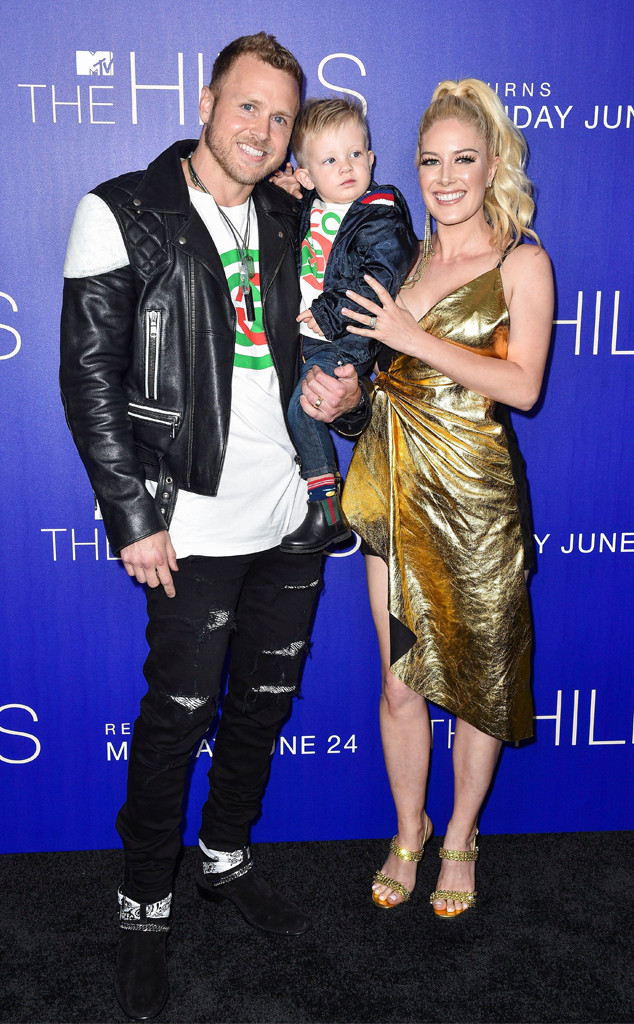 When it comes to holding a “grudge,” Spencer joked with E! News that he definitely takes notes and even had a cast “hit list.”

So, who was the first name on that list upon returning for The Hills: New Beginnings?

“Everyone, no one was safe,” Spencer revealed. “I still have things I wanna say.”

Watch the video above to see Spencer and Heidi talk about their relationship, the “crazy” cast drama and the “one-sided” family feud! Plus, find out what Spencer learned from Taylor Swift about dealing with hate!

A My Big Fat Fabulous Life Goodbye Turns Awkward Thanks to...

Brooklyn Nine-Nine Can Swear and Get Naked Now That It’s On...