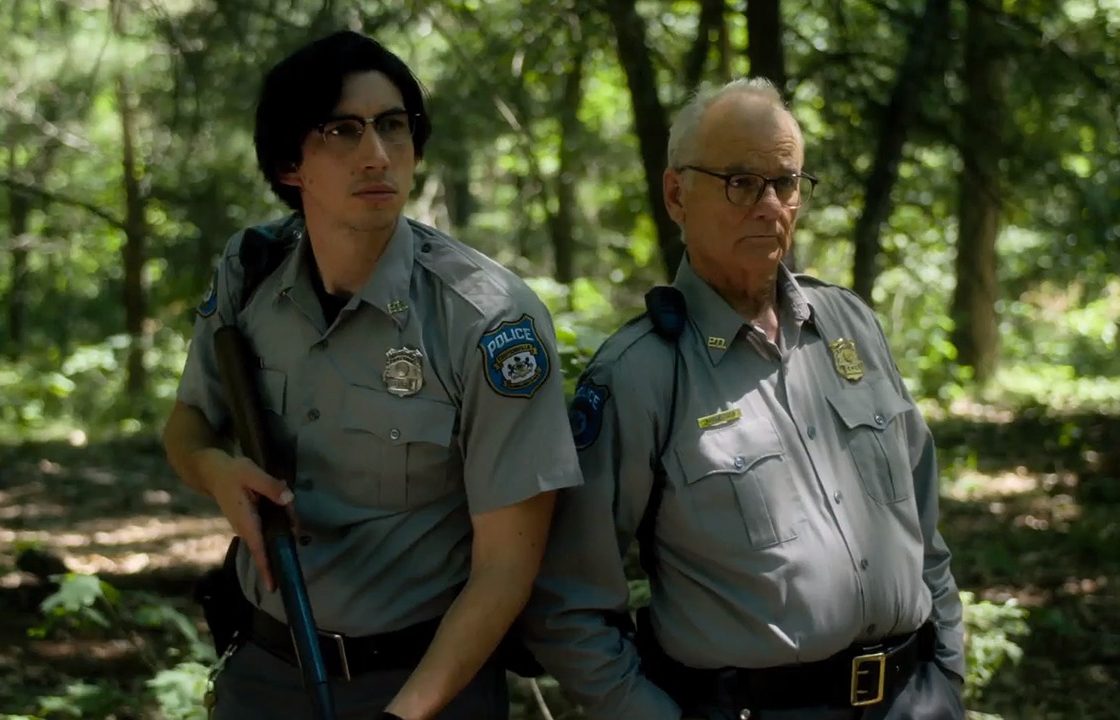 The Pitch: In the nondescript middle American town of Centerville, not much conflict seems to arise. Sure, there’s Farmer Miller (Steve Buscemi) in his Make America White Again hat, but aside from his general rudeness, he leaves most of the locals alone. Otherwise, the town bustles about its own business. Old Hank (Danny Glover) runs the local hardware store; horror movie fanatic Bobby (Caleb Landry Jones) the gas station and mini-mart. The mortician Zelda Winston (Tilda Swinton) minds the dead, when she’s not practicing her martial arts. Hermit Bob (Tom Waits) is out in the woods somewhere, but he causes no trouble.

But when “polar fracking” leads to the Earth rotating off its axis, strange occurrences begin to descend on Centerville. All of the local animals start wandering away. The sun stays out until the late hours of the evening. And before long, the dead begin to rise, from the nearby cemetery and elsewhere, to feast on the flesh of the living. For Centerville’s police force, consisting solely of Chief Cliff (Bill Murray) and officers Ronnie (Adam Driver) and Mindy (Chloë Sevigny), the time has come to eliminate as many of the ghouls as they can. And for the townspeople lucky enough to survive the initial wave of attacks, the long night has just begun.

Kill the Head: To say that zombie stories have thoroughly saturated American pop culture in the last decade would somehow still be an understatement. In this respect, The Dead Don’t Die arrives at a strange time for the subgenre; so much has been done with it, in so many different directions and hybrid forms, that it’s tough to imagine what more another filmmaker could possibly add. Luckily, for writer/director Jim Jarmusch, reinventing the wheel isn’t the operative goal here. And if it never becomes entirely clear by the film’s end what Jarmusch’s goal is, the results suggest that the American indie veteran is far less interested in shaking up the genre than in cavorting through its tropes and traditions alike.

The pleasure of The Dead Don’t Die, and there’s a good deal of it to be found within, lies in Jarmusch’s general transparency about his sandbox approach to the zombie movie throughout. Some passages of the film, especially those early on, feel more like a series of interconnected sketches about Centerville in the vein of Slacker or Jarmusch’s own Coffee and Cigarettes. As Bobby is heckled by a trio of “hipsters from Cleveland” (including Selena Gomez), or Driver’s imposing frame is repurposed in the service of visual gags involving a compact smart car, Dead avails itself as a more playful kind of zombie movie, albeit one still capable of getting downright nasty when the time comes.

Jarmusch’s signature eccentricity goes a long way toward holding the film together, especially when its many disparate stories are either cut off prematurely or never really tied together. The Dead Don’t Die is a little too grisly to simply track as an escapist dark comedy and too frequently goofy for its meager handful of stabs at gravitas to land, but the oddball strangeness of it all keeps the film moving well throughout, even when all of its severed pieces fail to add up. If you’re searching for a pulse-pounding zombie flick, there are plenty of classics to enjoy. If you’re interested in seeing Tom Waits ramble about ant colonies and “undead, reanimated, full-on zombie shit,” or Murray and Driver and Sevigny wringing the phrase “several wild animals” for a surprisingly high volume of comic impact, look no further.

Star Parade: The stunt casting would seem like far more of a put-on if it weren’t clear, from early on, that The Dead Don’t Die is in on the joke. In general, Jarmusch’s zombie movie is one aware of its status as both a zombie movie and a Jim Jarmusch movie, and that sense of half-ironic acknowledgment pervades through much of the feature. Iggy Pop as a coffee-chugging zombie? RZA as a delivery driver for Wu-PS? A Sturgill Simpson track that not only plays over much of the film, but is acknowledged through dialogue by the characters throughout? To all of the above, why not. In Jarmusch’s strange little world, it all just kind of fits, especially when many of the faces come and go quickly. It’s a free-for-all that gives off the general impression of the filmmaker and his performers all coming together, briefly and while able, to have a crack at something weird and see if it lands.

Higher Calling: If that anarchic sense of momentum sustains The Dead Don’t Die, it’s nevertheless just a bit of a letdown given Jarmusch’s previously demonstrated capacity to dissect genre filmmaking while still capturing some of the best horror features’ emotional resonance. With Only Lovers Left Alive, for a recent example, Jarmusch used immortality as a conduit for discussing how the ultimate human vices of boredom, excess, and cruelty don’t leave us with our last breaths. Dead occasionally flirts with similar curiosities about human nature, but they never dig any deeper than an extended homage to Dawn of the Dead‘s ties between consumerism and a horde of flesh-eating monsters. For a movie that’s consistently entertaining and even hysterical at a few points, that’s fine enough, but Dead spends just enough time prodding at half-cooked ideas about global warming and human nature that the movie’s ultimate disinterest in them leaves those concepts feeling like an abandoned thread.

The Verdict: The Dead Don’t Die is a zombie movie of an odd stripe, and for all its blatant synthesizing of influences, it never shakes off the impression that it’s working out exactly what it wants to be as it goes along. Sometimes, as mentioned, it’s a loose comedy full of expert deadpan performance. At others, it’s a thoroughly bloody exercise in the body horror of a zombie apocalypse. In one early sequence capturing the first kill in Centerville, it’s both, a balance the film doesn’t quite strike when sequencing hot coffee pratfalls with a dying woman’s terrified whimpers and screams.

Those messy contradictions prevent The Dead Don’t Die from rising above its modest success, but they’re also what keeps the film interesting, even when it’s not necessarily effective. Its flirtations with meta-textual jokes are jarring, but they grant the cast a handful of home-run line readings. Its cast is visibly having a ball, particularly Swinton, who turns her Scottish samurai into the kind of bizarre caricature that only an actor of her magnetism and skill could pull off. And Jarmusch himself seems invigorated by the opportunity to fuck around liberally with a host of A-listers, in the service of a zombie movie that only he could make even as it’s assembled from the pieces of so many other zombie movies. At one point, Chief Cliff rants about the kids and their irony today. But when a whole dead genre won’t stay dead, what else is there to do? You either kill the head, or you join the fray.

Kyle Meredith With… Hippo Campus, Thin Lips, and The Bamboos