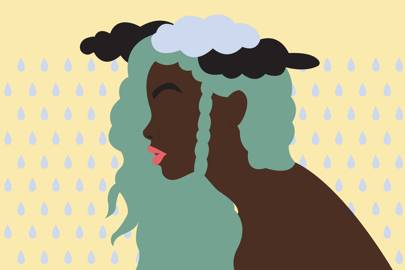 Failing a Brexit negotiation, Theresa May has turned her efforts towards addressing domestic issues, including mental health – an issue which has always been a ‘personal priority’ for her.

In an announcement earlier this week, the PM said: “Tackling this burning injustice has always been a personal priority for me,” saying that preventing mental illness should get the ‘urgent attention it deserves’.

She expressed a desire to implement teacher training to include lessons in identifying children who might have mental health problems and to address issues such as self-harm. Seeing that a recent study published in The Lancet Psychology found that more young women than ever are turning to self-harm to cope with difficult emotions, her words couldn’t have come at a more pertinent time.

She also promised the publication of a White Paper setting out the government’s response to Sir Simon Wessely’s review of the Mental Health Act. The review, which was released earlier this year, recommends a number of amends, including the end to the use of police vehicles during initial detention of people who have been sectioned and are being transported to hospital and greater legal weight to people’s care preferences. It also proposed the ability to nominate a friend or family member to be involved in decisions about care as well as improvements in addressing the needs of people from minority ethnic communities.

While it is still unknown what the White Paper will say, Theresa May’s speech is promising indication of progress to come. Not only did it demonstrate a more well-rounded understanding of mental health problems, which are complicated, systemic and deep-rooted from childhood, it also shifts the focus slightly more towards prevention rather than a purely curative approach.

More women than ever are self-harming to cope with difficult feelings, according to a shocking new study

“It’s really positive to see plans for improving the support offered to young people in schools. Most mental health problems start before the age of 18 and if we can teach young people about mental health – how to look after it and when to ask for help – we could ease the pressure on the NHS and other services further down the line,” Vicki Nash, Head of Policy and Campaigns at Mind, the mental health charity, told GLAMOUR.

However, although it’s undoubtedly an admirable aim for teachers to be able to intervene at the early stages of mental ill-health, there’s still the issue of what to do about it; “the NHS and schools aren’t currently able to cope with the increasing demand so, while training teachers to spot the signs is a start, we also need to make sure that the right services and support are in place,” adds Vicki.

A teacher could be a dab hand at spotting a student in crisis, but without proper systems in place, the chain of care inevitably ends there and then. In 2018, the Royal College of Psychiatrists published a survey of the experience of 500 diagnosed mental health patients, showing that some had waited up to 13 years to get the treatment they needed. And despite proposed budget increases of up to 4% for 2018/19, patients are still very much subject to a postcode lottery, with some regions spending more than double than others on mental health services.

Plus, while NHS funding is key, there are also other considerations. “Improving NHS mental health services, while incredibly important, will only get us so far,” says Vicki. “We also need government to address some of the other challenges people face that can have such an impact on mental health, including a benefits system that stops making people unwell, decent homes that help people stay well and for all employers to understand the value of improving workplace wellbeing.” Agreed.