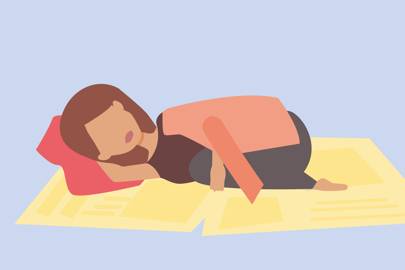 What was your first kiss like? Do you remember losing your virginity? These questions usually evoke fond memories. But could you describe in detail how you have gay sex? How you definitely know you’re gay? And why can’t you hide your sexuality?

These are questions that LGBTQ asylum seekers are are asked by the Home Office, having fled from one of the 72 countries where same-sex relationships are punishable with violence, imprisonment and even the death penalty. Having arrived in search of safety, these gruelling interviews where they must prove their sexual orientation or be deported back to a life of persecution are yet another traumatic experience.

Cameroon has a record of prosecuting more LGBTQ people than anywhere else in the world, and violent assaults are commonplace. Growing up here, Dorine had to hide who she was, until her parents found out she was a lesbian and forced her to enter into a relationship with an older man. They sent her to live with him in the UK, where she became suicidal, until someone pointed her towards Say It Loud Club, a support group for LGBTQ asylum seekers and refugees. With their help she realised she could apply for asylum, but this marked the start of her battle to be believed.

“They said they didn’t believe me and asked where I’d been,” Dorine says. “I came to this country and knew no one, I was running away and didn’t know if people were going to accept me. How was I supposed to come out and say this is me? It was terrifying. I’ve been to court where I’ve looked at the judge and the lawyers and thought, so what should I do to tell you this is what I am?”

The Home Office advises people to apply for asylum as soon as possible, as a delay makes it more likely their claim will be refused, but there are many reasons why this doesn’t always happen – some people have travelled illegally and fear the repercussions, some are not aware it is an option, and others are simply too traumatised.

“When you tell someone they can claim asylum in this country because of their sexuality, the first thing most of them ask is, “will I need to talk to the police?” explains Aloysius Ssali, who founded Say It Loud in 2010. He was tortured by authorities when they discovered he was behind a similar group back home in Uganda.

“Unfortunately the people in uniform are the ones persecuting LGBTQ people. When you come from this culture, seeking asylum because of situations that have been dangerous to your life, it’s very difficult to come out and just say, I’m gay.”

This fear means many find themselves living here undocumented, sometimes for years. The constant threat of violence from the authorities may no longer be present, but this isn’t a life that anybody would wish for. Aloysius spent five years living like this because the UK didn’t formally recognise sexuality as a reason for claiming refugee status until as recently as 2010.

“You don’t have the right to work, you depend on others. During the day you spend time with friends who might not know you are gay, then when the night comes where do you go? You end up living rough. All because you are too scared to speak to a social worker or a GP, because you have never lived openly where you come from.”

The first step of an asylum claim is a screening interview where preliminary questions are asked. Next is the substantive interview, which can take place anywhere from a week to a year later, sometimes longer. It can last six hours, covering over 200 questions.

Danielle Cohen, a human rights lawyer with over 20 years’ experience of handling asylum applications, has identified several trends in the Home Office’s treatment of LGBTQ asylum claims, among them stereotyping and a culture of disbelief. These attitudes mean decision makers rely on personal assumptions to determine whether someone is LGBTQ.

Credibility is the central issue, therefore to ensure applicants are granted refugee status Danielle’s team uses something called the DSSH model when taking their statements to address their individual story. The model uses trigger questions to address the issues of Difference, Stigma, Shame and Harm, and has been endorsed by the United Nations High Commissioner for Refugees.

“The process of preparing an asylum application is lengthy as we need to demonstrate a history of threats, abuse, violence and intimidation, and we need to prove that this treatment is because of homosexuality,” Danielle explains.

In theory a decision should be reached within six months, but this rarely happens. Aloysius knows people who have spent more than five years trapped in the system, with dire consequences for their mental health. “It destroys a person, because they have spent all these years without freedom. Then if they get it they have no idea what to do with it. It’s difficult to get back into employment if they have spent five years without work.”

Dorine began her application two years ago, meanwhile her girlfriend Diana is waiting to find out when her substantive interview will be. She says that seeing Dorine’s struggles have prepared her somewhat, but she is scared.

Back home in Kenya, when her community discovered she was gay, she was routinely harassed on the streets. Her father took her to a witch doctor to “heal” her, but her worst experience was a “corrective rape” after which he demanded she marry her abuser. “Anything to change and correct me” she says.

As a result of the rape she bore a son who is about to turn seven; she hasn’t seen him in three years. “I’m not allowed to because I’m an “evil spirit”. My mum passed away and I was blamed for that. My dad committed suicide, and I was blamed for that too. Basically I’m an outcast. As much as I have peace here there’s so much going on at the back of my mind, and so much going on back home. But because I put my son’s name on the system, if I’m granted asylum there’s hope I will see him. And he will get to hear my side of the story.”

Their day-to-day life is hard. Dorine is an accountant and Diana was studying law, but they are not allowed to work, and contrary to popular belief cannot claim benefits – they live on £36 a week. Say It Loud Club organises events for its members so they don’t become isolated, but they say it’s hard to socialise with people outside the club because of the stigma attached to being an asylum seeker.

Although they would like to live together, asylum seekers don’t have a choice of where they are housed, or with whom. Conditions can be well below acceptable living standards, even dangerous.

“We have seen many LGBTQI+ people who have been verbally abused, sexually assaulted and humiliated by their housemates,” says Leila Zadeh, executive director of the UK Lesbian and Gay Immigration Group. “Some of our clients have taken to sleeping rough as they feel so scared at home.”

“You’re trying to find freedom away from home, and you think that maybe you’ll get help here to be who you are,” Diana says. “As much as we can be free now our options are still limited. You’re not entitled to anything, and the system is so slow. It’s supposed to take six months but I’ve waited more than that to get my second interview. How are you supposed to eat?”

Ultimately there is no guarantee their claims will be successful. Last year the government published figures revealing that 78% of asylum claims based on sexual orientation were refused in 2017.

Neither Dorine nor Diana want to imagine this possibility. Diana mentions rugby player Ken Macharia, who was facing deportation to Kenya before being granted a reprieve. “The authorities assume you can go back home and be gay discreetly,” she says. “But the point is you’ve been caught before, how can you go back and keep hiding when you’re already in the system and they know you?”

“We could give so much back if we are granted our freedom,” Dorine says. They are both out on their social media pages with the aim of encouraging others to talk openly about who they are, and Dorine recently appeared on Adwoa Aboah’s Gurls Talk podcast on migration.

“I’ve had so many experiences that I think I can really help people” she says. “I can help someone that is broken inside because of being in the system, waiting for years. We are a community, we encourage each other. There is still hope, which is why we are still here. We cannot give up.”

How Sisley SPF 50 Changed My Melasma

Bojana Senatler On Why She Was Surprised To See Meghan Markle...