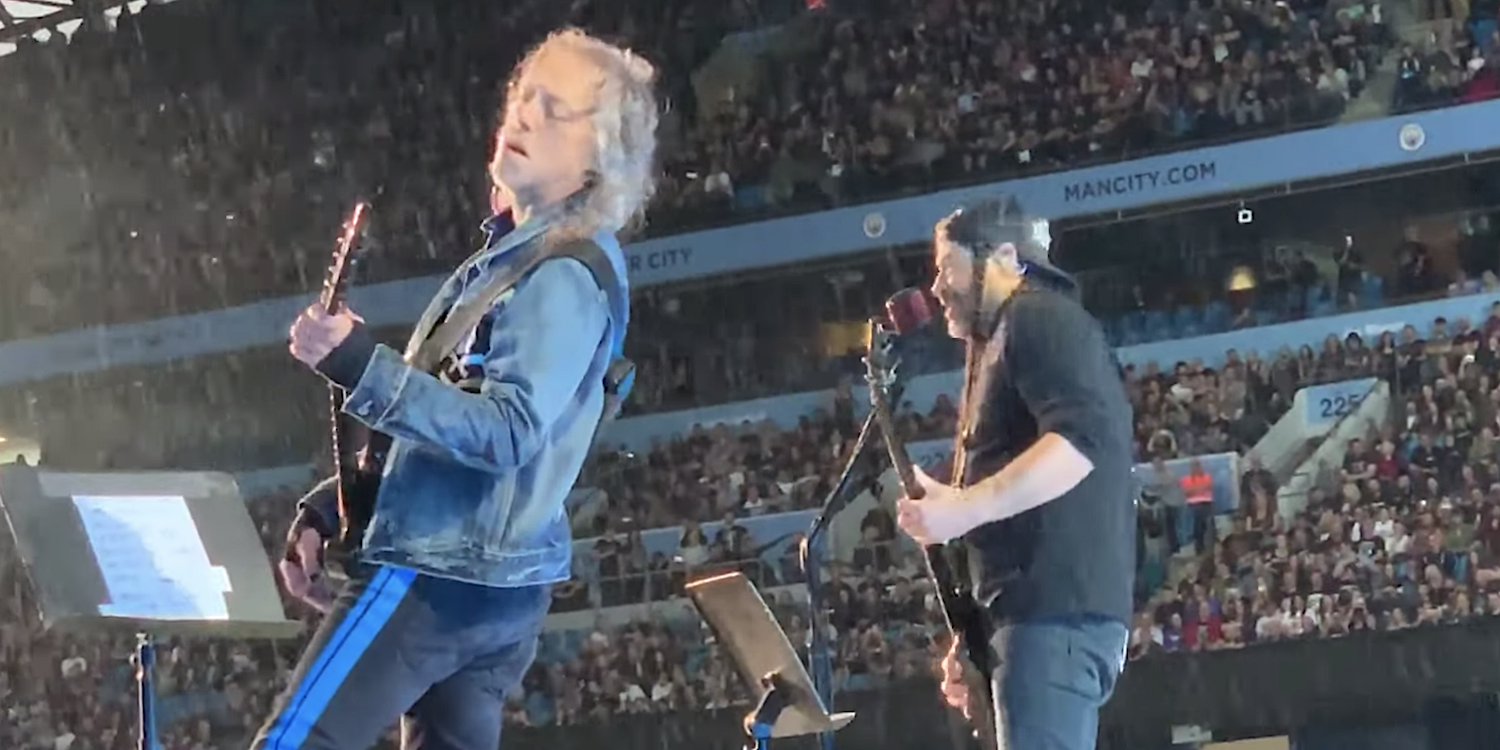 As they’ve done throughout their ongoing “WorldWired Tour”, Metallica honored a legendary local act when they performed the Stone Roses classic “I Wanna Be Adored” during their show at Etihad Stadium in Manchester, England, on Tuesday night (watch below).

As usual, it was guitarist Kirk Hammett and bassist Robert Trujillo performing the hometown cover, with Trujillo even attempting to sing a few lines, aided by the massive stadium crowd in the midst of a steady rain.

The bassist certainly doesn’t have the ethereal vocal chops of Stone Roses frontman Ian Brown, but instrumentally, the Metallica pair nailed the song, adding some metal riffage toward the end.

It’s not the first time Metallica have paid tribute to a beloved Manchester act. Two years ago, they busted out Oasis’ “Don’t Look Back in Anger” at the Manchester Arena.

Metallica’s tour continues tonight in London, after which they’ll take a three-week break before returning for two more mini-legs of their European trek with Ghost in July and August.