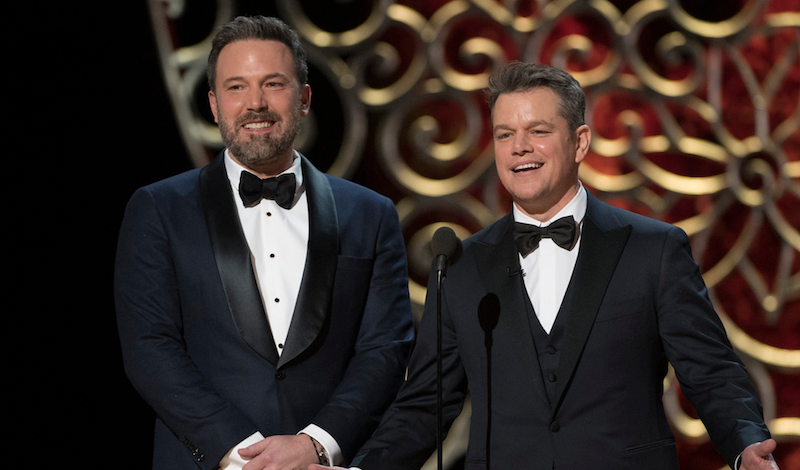 Despite having a show that was literally about getting scripts made into movies, Ben Affleck and Matt Damon haven’t had a collaborative screenplay produced together since 1997’s Oscar-winning Good Will Hunting. Over two decades later, it looks like that’s finally about to change. The duo are reportedly working with Nicole Holofcener (Enough Said) on an adaptation of Eric Jager’s novel The Last Duel — and Ridley Scott is in line to direct.

Deadline is reporting that the project is moving swiftly at Disney, who picked up the rights to the book in the 21st Century Fox merger. However, the studio won’t be giving the official greenlight until there’s a finished script. With Damon and Affleck also looking to co-star, though, it would seem too enticing a prospect to pass up.

What could give the studio pause is the content of the plot, which may not align too well with Disney’s MO. The full title of Jager’s book is The Last Duel: A True Story of Trial by Combat in Medieval France, and the circumstances of the actual 14th century duel are rather intense.

The story centers around Jean de Carrouges, a Norman knight who returns from war to accuse his squire, Jacques Le Gris, of raping his wife. (Affleck and Damon would play the two main figures, though it’s unknown which actor would take which role.) When a Count hands down a ruling that favors Le Gris, Carrouges appeals to King Charles VI. The King decides the two will duel to the death, with the survivor being a signal of God’s will; if Carrouges loses, his wife will also be burned at the stake as punishment for falsely accusing Le Gris.

Not only would The Last Duel find an Affleck-Damon script made for the first time in 22 years, it would reunite the latter with his The Martian director, Scott. Kevin Walsh, who is producing with Scott, also worked with Damon on Manchester by the Sea. Affleck and Damon will also produce under their Pearl Street banner.