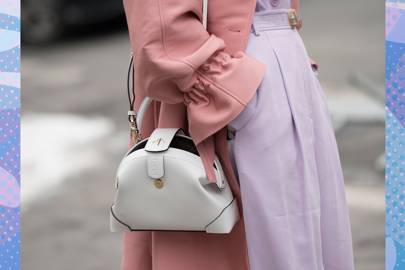 There was once a time (only about ten years ago) when the world’s handbag offering left a lot to be desired. There was an abundance of high-street bags that we’d snap up as if they were going out of fashion (they usually were), and a small smorgasbord of high-end pieces that we’d lust after wistfully until, one day, maybe, our entire family – extended and all -would club together for our 21st birthday and present you with the sacred item that you’d probably tire of before your 22nd.

There was a gaping hole in between the two – a void usually ranging from around £250 to £650 – where very few would tread. One of the very few designers to fill the void was Michael Kors, which would explain why the Saffiano leather tote, complete with its iconic ‘MK’ charm, would adorn the arm of every other woman in the early 00s.

Thankfully, ten years on, the accessories world has served up some supply for the demand, with some of the very best handbag brands now pitching themselves at that middle ground.

With millennials as fashion conscious as they are strapped for cash, it’s a well known fact that if we’re going to splash out on anything for our wardrobes it’ll more than likely be on a bag or a shoe.

Not only are these more timeless, and therefore long-lasting, than clothing, we’re also less likely to be judged for outfit-repeating an accessory – tragic but true.

Charlie Chooses: The 7 high street buys you should add to your shopping list this week, according to our Fashion Editor

They also feel slightly cooler than the highest-end labels, with their lesser-known nature rendering them an almost alternative option for savvy shoppers who *really* know their labels.

Which is why we’ll never stop singing the praises of the mid-price bag.

Scroll down to shop our 12 favourite mid-range labels…

London Fashion Week AW19 Took Sustainability To The Next Level

Why Copper Is The Skincare Ingredient Your Face Needs