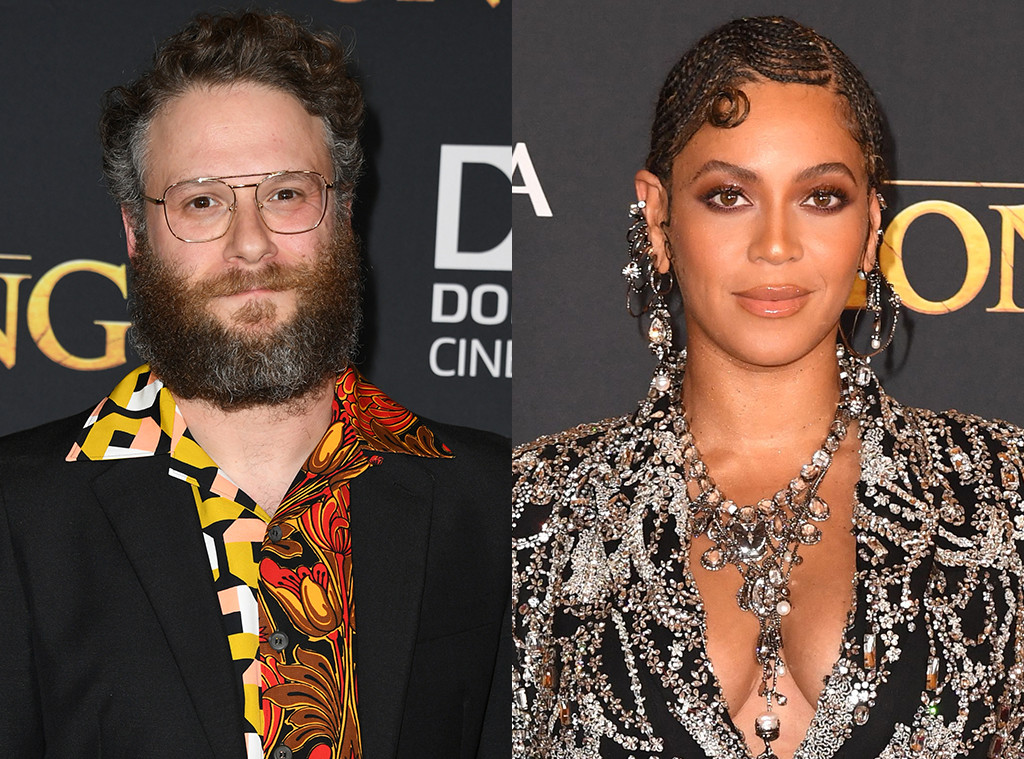 During a guest appearance on Wednesday’s episode of Jimmy Kimmel Live!, Seth Rogen told the story of how Beyoncé received a “standing ovation for just existing” at the world premiere of The Lion King.

It all happened when the film’s director, Jon Favreau, introduced the cast to the audience and invited each star to walk across the stage. As soon as he announced the Grammy winner’s name, everyone in the crowd started “losing their mind.”

“Beyoncé was called out and the audience stood up and went crazy,” Rogen recalled. “I was like, ‘She’s getting a standing ovation for just existing.’ Like, her mere presence was a reason to stand and go crazy, and I totally got it. I was like, ‘Yeah, we should be celebrating. We made it. We’re all in a room with Beyoncé. That’s what you want.'”

While Rogen knew the applause was primarily for the 37-year-old singer, he couldn’t help but soak in the moment.

“I know they weren’t clapping for me, but I was on the stage, and I, for a brief moment, felt like what it must feel like to have that adulation,” he continued. “All I was thinking was, ‘Oh, people don’t like me that much. I don’t get one iota of this.’ No, I get, like, a smattering at best.”

Even Rogen admitted he was a little overwhelmed by Beyoncé’s presence. In fact, the 37-year-old actor waited until she approached him backstage—as he “wasn’t going to go up to her mostly for fear.”

Actually, the last time Rogen did approach Beyoncé they were at the Grammys, and her security team “knocked [him] so hard” that he spilled his drink all over himself.

“I was wary of going near her because I look like someone who you would want to keep away from Beyoncé in general,” he said.

Although, it seemed like this interaction was much better.

“She was very nice,” he said. “My beard actually got stuck in, like, her sequins a little bit. If you look closely, you’ll see some gray hair on her shoulder.”

In the remake, Rogen plays Pumbaa while Beyoncé plays Nala. The two even share a song credit.

Fans can see The Lion King in theaters starting July 19.

50 Cent Says ‘Power’ Has Been Snubbed By The Emmys Because...