The Pitch: In this somewhat liberal interpretation of the 1927 H.P. Lovecraft short story of the same name, a family is psychologically picked apart and physically slammed together when a sparkling meteorite plummets to Earth and lands on their remote New England property. At first, the event seems like a minor albeit stinky annoyance, but soon the Gardners realize that other things are amiss. Time isn’t unfolding as it should. Things are starting to glow in a pretty but unsettling — not to mention, unidentifiable — hue. The family’s dog and their pack of alpacas begin acting strangely. And family patriarch Nathan, played by Nicolas Cage, starts doing the kind of things that could only be realized on screen by one Nicolas Cage. The film also features Tommy Chong as an eccentric squatter who lives on the fringes of the family’s homestead. And a bunch of alpacas. Did I mention the alpacas?

Too Many Kooks: South African filmmaker Richard Stanley is an enigmatic figure most famous for his groundbreaking early 1990s genre work like Hardware (1990) and Dust Devil (1992). And for getting fired from the infamous The Island of Dr. Moreau. Lovecraft is Lovecraft. Nicholas Cage is, well, it’s not entirely evident whether Cage himself knows what Cage is in this particular outing. This is a lot of eccentric and misunderstood and/or overblown genius to cram into one freewheeling sci-fi/body horror film. Whether that works for the viewer or not is going to be largely dependent on how they feel about these artists already. If you’re a fan of all of the above? Buckle the fuck up for a bonkers masterpiece. If you’re not? Color Out Of Space won’t entirely be without its perverse charms. But there’s also a lot of goofily gooey viscera and scenery-chewing. And much of it involves alpacas. 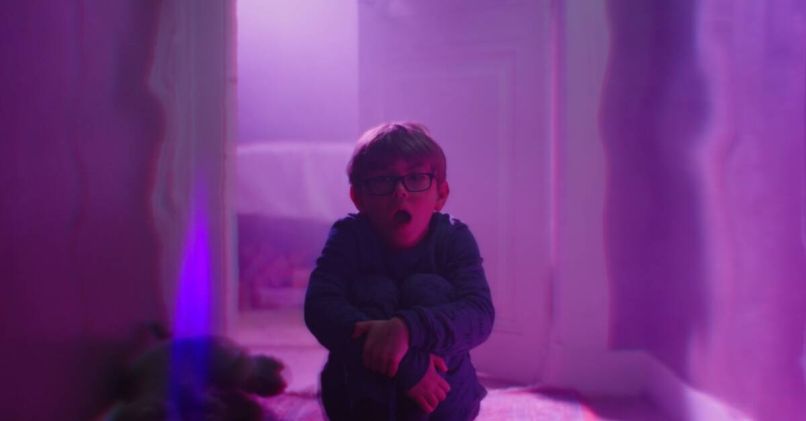 Color Out of Place: This film is an unapologetically over-the-top spectacle on heroic doses of camp, but its world building and atmosphere are surprisingly subtle, haunting and evocative. The movie’s titular menace is downright stunning as it sweeps through the local fauna and overtakes the sky. The woods that surround the Gardner compound are suitably unsettling. Circular breathing saxophone virtuoso Colin Stetson’s score, which sometimes sounds like a pretty panic attack, is deeply unnerving in the best possible way. Piecing together this mood to serve as a backdrop for the unbridled psychological and physical horror to come is akin to meticulously building a high-end sports car frame and then sticking a monster truck body on top of it, but you can’t say that the results are ever boring. And when the film’s form and content do coalesce into a more unified whole, it makes for some genuinely creepy moments.

Chekhov’s None: Attempts to construct an emotional backdrop for this wild ride are a little less cohesive and successful. We get a lot of clumsy exposition that sets up the Gardners’ family life. Nathan’s wife, Theresa (Joely Richardson), is recovering from cancer, and they’re still dealing with the fallout that this has had on their loving marriage. Wiccan daughter Lavinia (Madeleine Arthur) is feeling overprotective about her mom and stifled by small town life. Sons Jack and Benny are also around, doing typical kid and teenager stuff, respectively. The elder Gardners are still adapting to small town life, even though they seem to like it. There appears to be some tension between Nathan and the local mayor. There’s also a friendly outsider named Ward (Eliot Knight) surveying the water table. And only Nathan’s general mental state and Ward’s job have any real bearing on anything that happens after the meteorite starts wreaking its havoc. All things considered, that time might have been better spent introducing us to the meteorite’s elusive powers and effects rather than the neglected plot points. 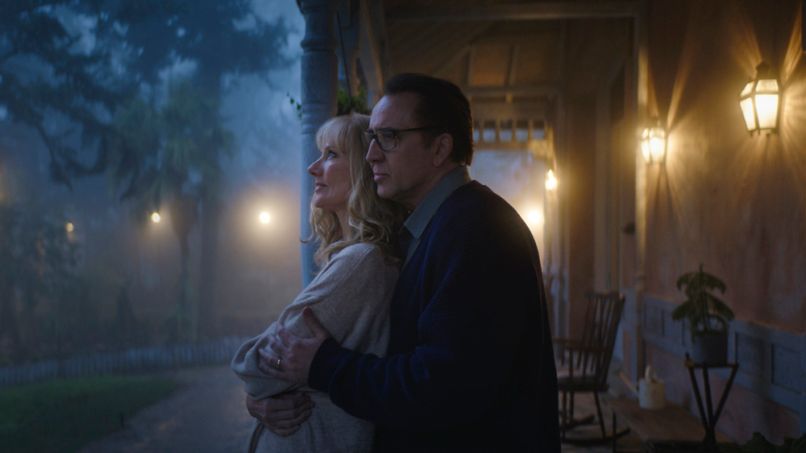 A Hiccup in the Cage-aissance? Cage has made some great work out of leaning into his most (in)famous instincts and habits as an actor in the past few years, particularly with Mom and Dad and Mandy. But where those films feel like Cage at his unselfconscious best, his work in Color sometimes risks being too self-aware and bordering on winking self-parody. Again, whether or not this will work for you depends on your existing appreciation of Cage’s more unique assets as a performer. (But there absolutely is an audience for it. His many overly mannered lines about alpacas killed at the press screening I attended.)

The Verdict: With its wacky space shit, off-kilter gore, creepy atmospherics, and hammy breakdown, most of which happen all at the same time, Colour Out of Space is, inarguably, one hell of a trip. It’s just not a trip that everyone is going to enjoy taking.

Where’s It Playing? RLJE Films picked up the U.S. rights for Color Out of Space shortly before its world premiere at TIFF, so we should be hearing more about a theatrical release soon.