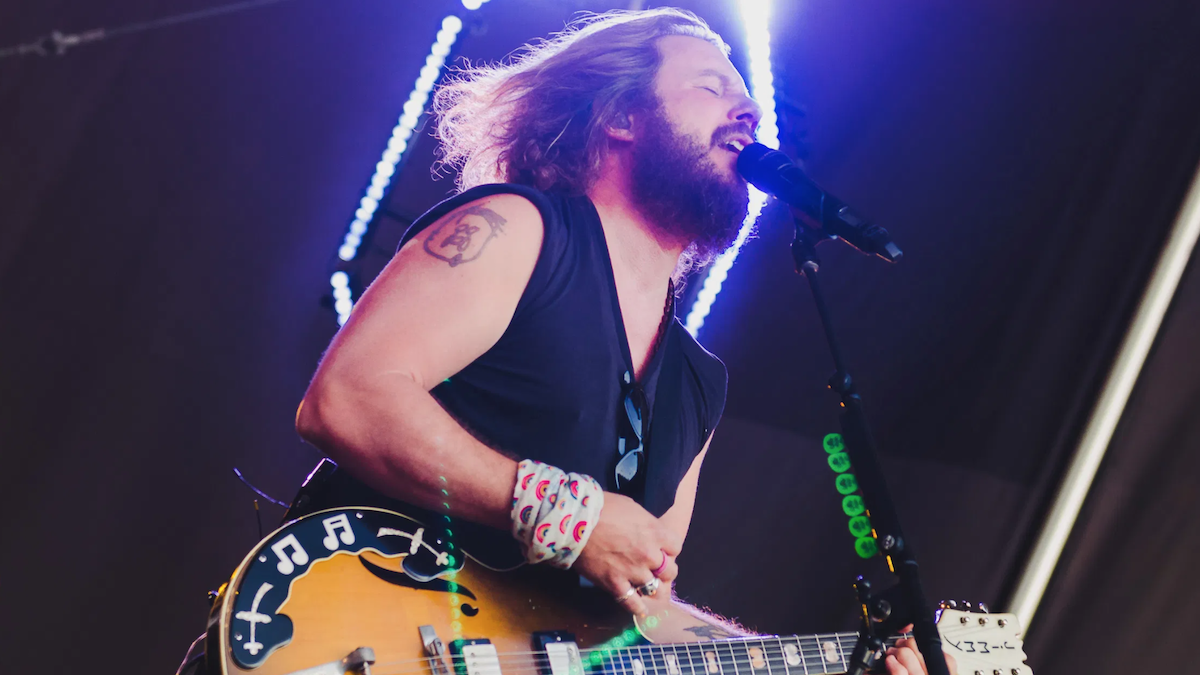 Today marks the return of My Morning Jacket, who have just released their new album, The Waterfall II. The album isn’t entirely “new,” though, as it was recorded at the same time as 2015’s The Waterfall. As it turns out, fans hoping for the rockers’ true return from hiatus are in luck, as frontman Jim James has revealed MMJ do in fact have a fresh full-length all ready to go.

After touring behind The Waterfall, MMJ took a break, only playing a handful of shows in 2018 and 2019. It was during those “reunion” gigs last year that the band found themselves “re-energized,” as James told Kyle Meredith with… on the latest episode. “So we went in the studio, and we have a whole new record that we’re finishing,” James revealed. “A completely new record.”

My Morning Jacket had set concerts for this fall with the intention of touring behind the new LP, but the pandemic changed their plans. The new album was recorded “really live,” and so they were determined to only put it out when they could play behind it. Explained James,

“So now that’s part of the puzzle that everybody’s trying to figure out. The new album is done, but whenever we release it, we want to play shows for it. Obviously, it’s like we want to make it a thing because it’s so exciting to have these new songs and want to play them live. We really recorded them really live. It was just the five of us, literally nobody else. Just the five of us and we played, and it was so exciting and fun.”

Elsewhere in the chat, James reflected on the current social and political unrest currently stirring our country. One of the songs on The Waterfall II, “Magic Bullet”, was written about a particular mass shooting — but James can’t even remember which one. “What a sad fact when there are so many episodes of gun violence that you can’t even remember which one you wrote the song about,” he commented.

The track serves as a “plea… that we can find some other way around this,” and James suggested that path forward has to involve changing how we discuss things:

“The symbolism of the whole gun debate is one that I think kind of is the United States in a nutshell. People are so passionate on both sides, people are so angry on both sides. I think it’s really a matter of we all need to get better at listening to each other. Get better at [stopping] the anger for a minute to get to a place of clear and rational discussion. We’re never gonna get anywhere if we just keep fighting about everything.”

He also touched on the murder of Breonna Taylor, a tragedy that occurred in James’ beloved hometown of Louisville, Kentucky. Obviously choked up by the incident, he called the killing “heartbreakingly insane,” and pleaded for action from our leaders. “The fact that more of our leaders, even from the police, aren’t demanding justice for this woman who was killed in her own home, this innocent person, it’s just baffling to me. I know it’s not simple,” he admitted. “I know that restructuring the government and eradicating systemic racism and white supremacy, those aren’t overnight things. But I think people want to hear more passion from our leaders, more of a resolve saying, ‘We will figure this out. We will get justice.’”

Again emphasizing how rational and open discussions need to take place, James touched on calls to demilitarize the police. “I think it’s a conversation people need to have rationally with the police too, so people are talking to police and saying, ‘Hey, we’re not trying to wipe out all of your jobs and take away all of the good things that police departments do bring, but we do have to look at this police brutality and really address it.’”

Such compromises, James said, are made all the more difficult because of the rhetoric of our political leaders. Calling for people to “vote on… common ground instead of voting against our self-interests,” he took particular aim at Trump, without saying his name:

“[We need to find] a way that we can flow together and agree to disagree about so many things, because we’re never gonna agree about everything. But we gotta find a way to stop fighting. I really feel like the politicians have done such a good job of pitting us against each other — especially this current administration. Our current president is a master at divide and conquer, and that can’t be understated. People need to realize that. We aren’t each other’s enemies. We have been manipulated into this divide and conquer strategy that’s working to well on us. It’s up to all of us to really break out from that. “

Hear the whole interview by listening to the latest episode of Kyle Meredith with… below.