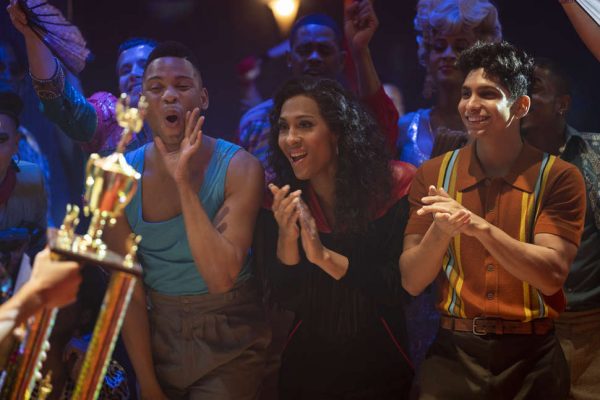 The ballroom resumes next month! For, ‘Pose’ season three is set to recommence production.

Like many shows, the FX hit suspended filming in March upon the shock onset of the global health crisis.

According to Variety, that all looks set to change because a production source has confirmed they are being tested now ahead of a return to set in October.

The news ought to bring ample joy to fans of the groundbreaking series, which has earned an Emmy Award for Billy Porter.

That Grape Juice recently interviewed cast-member Dyllón Burnside, who opened up about how the abrupt halt affected the show:

“We had just gotten started on filming season three in March. And, I don’t know, I maybe had been on set for two days before it all got shut down. Production had been going for about a week and a half or two, but I had only been on set a couple of days. We got the notice that we had to go on hiatus for a little bit. All of us were really concerned and not really sure what that meant. But we were mostly concerned about everyone’s health and making sure that everybody was safe.

It’s been frustrating because season three was shaping up to be a really exciting one based on what I read so far and what I knew about what was going to take place over the course of the season. And so, we’ve been staying in touch and we’re excited to get back to one another and to finish filming the season. I know the fans are excited for it too, so hopefully we won’t have to make people wait too long.”

‘Pose’ is such an important show, as such we’re elated that season three is back up and strutting.

Normani’s ‘Checklist’ Slays Out Of The Gate On Spotify